Throughout its 94-year history, one of the guiding themes of the Walt Disney Company has been to make it as family friendly as possible. A great deal of this originated from Walt’s own worldview presented on the Main Street in all the Disney Parks, that magic and innocence should reign forever. A source of joy and inspiration to all the world.

Naturally, this has also been a hallmark of all Disney films from Cinderella to Toy Story and from The Lion King to Mulan, in which every story has a happy ending and good always triumphs over evil. That’s not to say that it’s a company stuck in the past, either. For example, while some cultural commentators have noted the unrealistic expectations generated by traditional Disney princesses, in more recent titles like Brave and Frozen female characters have been presented as the main protagonists who don’t need to be rescued by a prince – something that has perhaps never been more important of the Hollywood of today.

So can casinos ever get a fair shake in the bubble-like dome of magic at Walt Disney World? Today, our content partners will take a look at the company’s history and how the future looks for bringing gambling sites to the Happiest Places on Earth. To begin we’ll look at the hallmark of the Disney name. It is a brand that is first and foremost…

Most of the visitors to all of the company’s theme parks are families, so the parks’ main focus is on family values. For example, it wasn’t until 2012 that it became possible to buy alcohol in Florida’s Magic Kingdom – even though it opened in 1971.

And now another very adult activity in the Sunshine State is firmly on the Disney agenda, but not in the way that some of its proponents would like it to be.

The issue in question is whether Florida state law should be amended to allow mega casinos to open, bringing some of the glamour and razzamatazz of Las Vegas to Orlando and beyond. Those for the proposal say it will generate a huge amount of revenue for businesses and state alike, as well as broadening the appeal to an even wider range of visitors.

Disney, on the other hand, are strongly opposed to any move to free up the state’s gambling laws and have invested an estimated $500,000 in a political campaign which aims to ensure that Florida voters have a say before any changes to the current law are made. At the moment the only casino gambling that is permitted in Florida is in Native American-run casinos, of which there are eight in the state, and on casino boats which need to travel at least three miles offshore before gaming can begin.

Disney claim it’s opposed to gambling on purely moral grounds – and they do have some evidence to back this up. For example, for many people who go on ocean cruises, the on-board casino has always been an important part of the appeal – but they will never find one on a Disney ship. Similarly, when the company acquired the rights to both the Marvel Comics and Star Wars franchises they announced they would no longer be licensing slots games featuring characters or image from the games.

Critics felt that this was a move that the company was obliged to make in order to avoid accusations of hypocrisy, given their opposition to casinos. Similarly, many believe that their hard line on new casinos being built in Florida may well have other motivations behind it rather than strictly moral ones.

“We oppose the legalisation of so-called destination resort casinos because this major expansion of gambling is inconsistent with Florida’s reputation as a family-friendly destination,” said Andrea M Finger of the Walt Disney World resort.

But critics of the company’s stance point to the fact that Disney stand to lose out financially each time another tourist attraction opens in the state, Although, arguably, with more than 50 million visitors a year to Walt Disney World, making it Florida’s biggest tourist attraction, it can well afford to put up with a little competition. This is especially true as the target market for casinos which is undeniably adult is very different from the family-focused attendance in theme parks.

Getting in on the Boom

Casinos often increase the number tourists to the area

Additionally, there is a very strong argument to be made that rather than creating a so-called “inconsistent” atmosphere in the state the arrival of casinos would increase visitor numbers considerably, benefiting all kinds of businesses as well as the casinos themselves. One only has to look at just how popular gambling has become worldwide over recent years to see that this is the case, particularly online. While this is only legal in a few US states at the moment in the UK it has leapt from nowhere a couple of decades ago to become the biggest sector in the UK generating around £4.5 billion in revenue. In 2016, online gambling comprised 33% of all gambling in the UK, according to the Gambling Commission.

This is largely thanks to online gambling operators providing an experience that increasingly replicates the real thing, offering players quality games and the chance to interact with other players and dealers in real time. For example, 888casino is an exceptional online casino and has attracted many thousands of new players in the UK.

While online casinos aren’t licensed in Florida, their success in the UK suggests any potential land-based casino opening in the Sunshine State will be tapping into an area of huge demand – catering for a vast hidden market of gamblers who currently have to play games at one of the eight Native American-run casinos.

Just as it’s important to look at the cultural backdrop to gaming in general which has undoubtedly moved more and more into the mainstream today, Florida’s political situation could also be key.

The State Governor, Rick Scott, is a Republican who is known to look favourably upon the expansion of the gaming industry and is more likely to be swayed by pro-casino lobbyists than by the financial might of Disney.

So, with these two facts in mind, it could be time for a rethink on the part of the company to work out how they could work with casinos rather than against them. There’s a ready-made model to follow in Singapore, where the Malaysian gaming giant Genting has joined forces with Universal Studios to create a resort which incorporates a theme park, casino, theatres, accommodation, shopping and much more besides that has proved very popular with family visitors.

But whether Disney are also prepared to move with the times, driven by financial rather than moral imperatives, remains to be seen. One thing that is for certain, though – any shift in their position would prove to be a major boost to the whole economy of Florida. 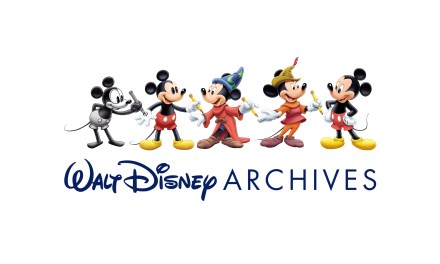