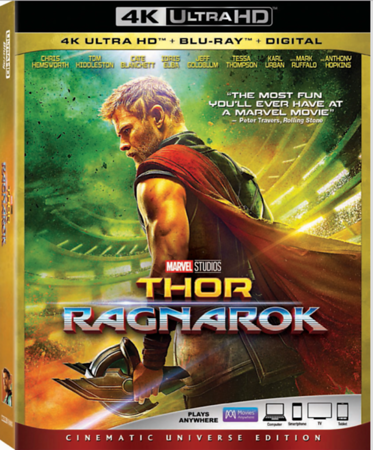 Start next month, you can Ragnarok your world with the home release of Marvel’s THOR: RAGNAROK. The release promises the hilarious film plus a host of extras and will be making its way into homes Digitally in HD and 4K Ultra HD™, and Movies Anywhere, on Feb. 20 and on 4K Ultra HD™, Blu-ray™, DVD and On-Demand on March. 6.