We haven’t been shy about how much we loved the upcoming PIXAR film COCO. And recently, our guest writer Jonathan Fink, was able to attend the press conference for us where he was able to learn what this incredible movie meant to the cast and crew. It all started with an amazing performance from Grammy Award Winning Mariachi Divas and Ballet Folklorico. Here are a few things he learned from the junket and what really is the heartbeat behind COCO.

The idea of family runs deep throughout the framework of Coco. Not just from the chatacters on the screen but more so from the actors that lent their voices, the idea of “familia” was one of, if not the foremost reason why the cast decided to do this film. As Alanna Ubach spoke about taking her abula to see the movie for the first time, watching her sob to the rendition of La Llorona, which in turn made her sob, shows the impact that family and how precious it is to keep a hold of. As director Lee Unkrich said, “it is my hope that this movie will tap into the emotions of the
children and help them to ask questions and want to reconnect with lost family members.”

Writer and co-director Adrian Molina said that, “it deals so strongly with this idea of family, Miguel and his musical passion, and especially the expression of these Mexican traditions.  You know, it’s one of those things that I felt like I had a lot of experience to bring to it, and also just the – the way we work at Pixar, it’s such a collaborative effort, and to be able to work with all of these actors, all of these musicians, and to really bring to life this culture on screen was something that I was thrilled by.”

As is usually the case when discussing the rich and deep Mexican culture, it is impossible to get very far in the conversation without bringing up heritage. In a lot of ways Mexican culture is defined by its heritage and the passing-down of tradition, which is one of the engines driving Coco. The process in watching the main character, Miguel, go from fighting his heritage to not only understanding it, but embracing it is a staple Pixar has been giving us for years with the refreshing twist that won’t soon be forgotten.

Lee Unkrich describes the how COCO became a film, and is filled with rich Mexican heritage. “I had always been interested in the tradition, and I spent some time doing some research, and really trying to understand more than I already knew.  And the more that I dug in, the more that I learned about how central family is to this celebration, and that Dia de Mortos is, you know, is all about this obligation that we all have to remember our loved ones, and to pass their stories along.  And I just really started to see the potential to tell a unique story, to tell a story that could only be told in animation, that could be visually dazzling, but also had the potential to have a real emotional core to it.  And that was really kind of the beginning of this journey.  And we immediately headed down to Mexico and started – went on the first of what proved to be many lengthy research trips, to spend time learning about the traditions, learning about the culture, and spending a lot of time with many beautiful families down in Mexico.”

As Gael García Bernal reiterated, “I hold my heritage in very high regard, and the holostic view in this movie made it a no brainer to say yes to.” Edward James Olmos was privilaged to play the role of Chicharrón, saying,”if we dont remember our loved ones then they are truly gone…will go down as my proudest moment.”

No movie showing Mexican culture would be complete without music, a true staple of heritage and tradition. When the movie was first coming into being the directors and writers weren’t sure it was going to be a musical, they always knew Miguel would play an instrument but they didn’t know whether or not he would sing. This all changed when they met young Anthony Gonzalez, the actor who plays Miguel. Unkrich revealed that on the day he auditioned,” At his very first audition, you know, we had him read a bunch of scenes, script pages.  And then when we were all done, he took out a CD, and he said, “I brought a song I want to sing to you.”  And at that point, we didn’t even know if Miguel was going to be singing in the movie, so that wasn’t part of the audition.  And unfortunately, we didn’t have a CD player that day, where we were.  So Anthony, true to his great spirit just said, “Oh, well, whatever – I’ll just sing it a cappella.”  And he launched into this beautiful, like, 10 minute long, sweet rendition of this song, sung just to the few of us.  And you know, we were already wowed by his audition, and then that just really sealed the deal.” 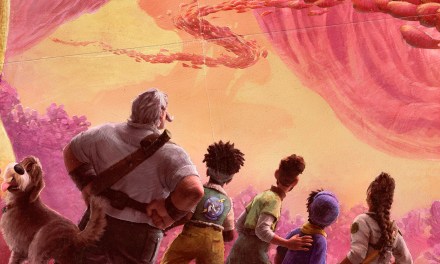