Lucasfilm announced last week that they are teaming up with six of the world’s most well-known brands, Christian Louboutin, General Mills, Nissan, Royal Philips, Verizon and VIZIO for the launch of an extensive global promotional campaign in support of the upcoming STAR WARS: THE LAST JEDI.

“This film will be blazing new ground in the Star Wars saga, and we feel our partners have designed some truly compelling experiences to match,” says Lynwen Brennan, General Manager of Lucasfilm.

With their specific, custom-designed campaigns and innovative programs, the six internationally respected global brands complement the overall marketing campaign for the latest episode in the Star Wars Skywalker saga.

In Lucasfilm’sSTAR WARS: THE LAST JEDI, the Skywalker saga continues as the heroes of The Force Awakens join the galactic legends in an epic adventure that unlocks age-old mysteries of the Force and shocking revelations of the past. 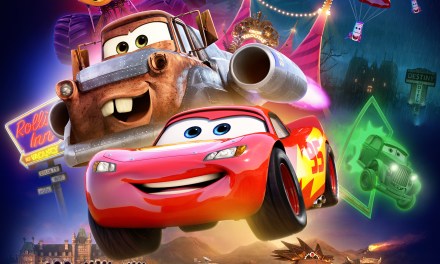 CARS ON THE ROAD debuts trailer, poster ahead of #DisneyPlusDay launch on Sep. 8, 2022