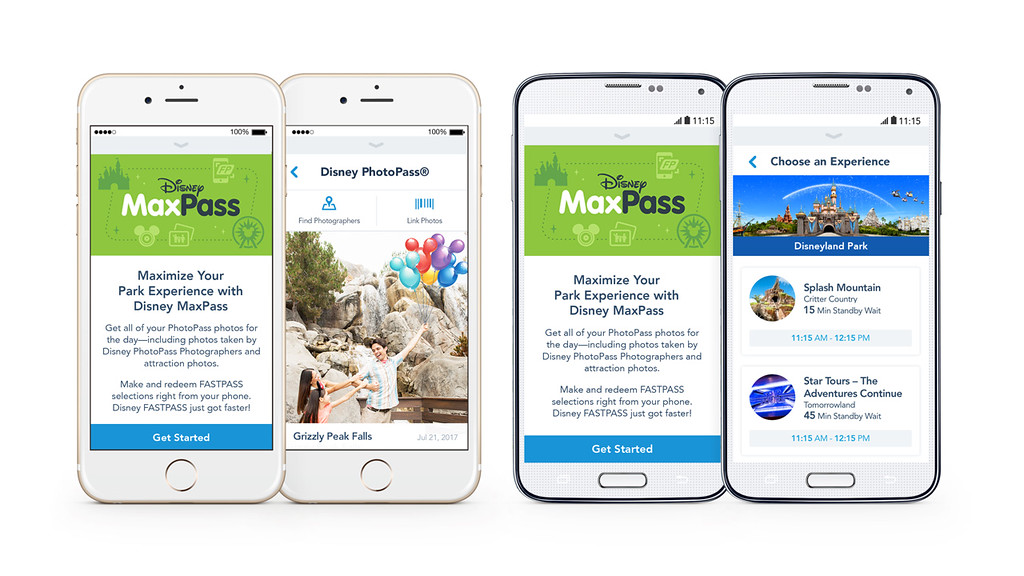 Courtesy of Disney, we have a guide on the new MaxPass system that guests can now experience at the Disneyland Resort. MaxPass costs $10 PER PERSON PER DAY (yes, everyone in your party needs to pay for MaxPass to get a digital return time) or can be added to an Annual Pass for a flat fee of $75.

The new service basically takes the existing FastPass system and makes it digital. It does NOT offer many of the features guests visiting Walt Disney World are familiar with including ability to book more than one at a time, pick your return time, etc. It almost exactly parallels the current paper FastPass system except removes the need for you to visit the attraction’s FastPass kiosks.

The other perk to MaxPass is the unlimited digital downloads of Disney PhotoPass photographs. Here’s some more details about the new system…

Disney combined 2 popular services to help you make the most of the magic! With the Disney MaxPass feature, you can:

How to Get Disney MaxPass

Each member of your party will need the Disney MaxPass feature to make FASTPASS selections from their phone and download the day’s Disney PhotoPass photos.

How to Use Disney MaxPass

Check for availability at one of 16 attractions.

If your plans change, no problem. You can easily cancel or change your selection on the My Plans screen. Please keep in mind FASTPASS availability is limited and not guaranteed.