We were invited tonight by Universal Studio Hollywood to check out the upcoming Nighttime Lights at Hogwarts Castle projection lightshow inside the Wizarding World of Harry Potter. It doesn’t open until next Friday but we were invited for a special early look. For now, the show takes place on the castle facade every 10 minutes after sun-down.

The 5-minute spectacle is brought to life with a truly dazzling array of tech and projection mapping technology that is combined with a special musical arrangement created by Academy Award-winning composer John Williams; based on his original scores composed for the film series. The music was recorded in London by the London Symphony Orchestra and was conducted by William Ross.

The show is a modified version of the similar presentation for the grand opening of the Wizarding World. Lights are also strung about all the trees surrounding the castle and they light up and change color in sync with the show… which only makes us all the more excited for the HOLIDAY version of this show that is set to debut later this year.

To celebrate the official debut next week, Universal Studios Hollywood will host a Facebook Live event to stream the show. Catch it on their Facebook page on Friday, June 23 at 8:45pm PST! 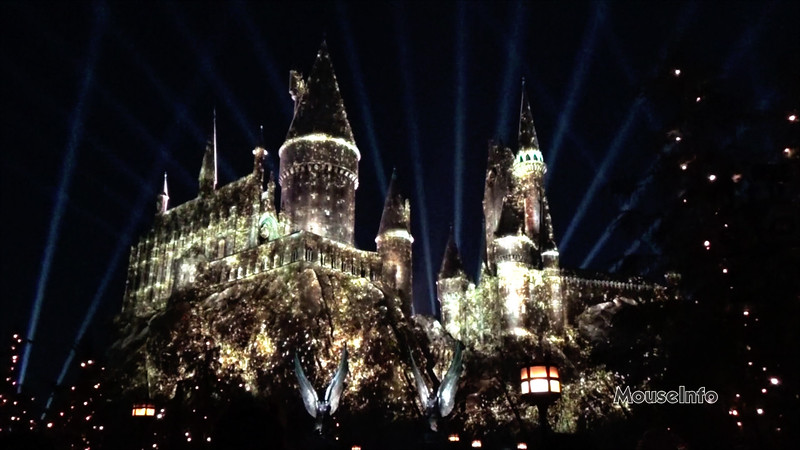