The D23 Expo is just a few months away and to drump up excitment, they’ve released the timing and date details for some of the most highly anticipated events including key notes for Disney Parks, the live-action studios, and the animation studios.

The Walt Disney Studios will present a behind-the-scenes look at its blockbuster collection of upcoming films in two jam-packed Hall D23 sessions. fans will discover what’s on the drawing board for the acclaimed filmmakers at Walt Disney Animation Studios and Pixar Animation Studios.

Disney, Marvel, and Lucasfilm showcase the Studios’ exciting slate of live-action films. As always, attendees will be treated to exclusive footage, special guest appearances, and more!

Step into the worlds of magic of Walt Disney Parks and Resorts with Chairman Bob Chapek to find out what’s new and what’s next for resorts around the globe.

To round out the weekend, Disney Legend Alan Menken will perform his exciting new one-man show, A Whole New World of Alan Menken. The eight-time Oscar®-winner introduced new generations to musicals through such box office hits asBeauty and the Beast, The Little Mermaid, Aladdin, Pocahontas, The Hunchback of Notre Dame, Enchanted, and Tangled, as well as the Broadway shows Little Shop of Horrors, Sister Act, Newsies, and A Bronx Tale, as well as the ABC television series Galavant. Menken will perform his own music and share entertaining anecdotes about his unrivaled career during the show, which will be performed Sunday, July 16, 2017, at 1:30 p.m. and 5 p.m. in Hall D23 at the Anaheim Convention Center. 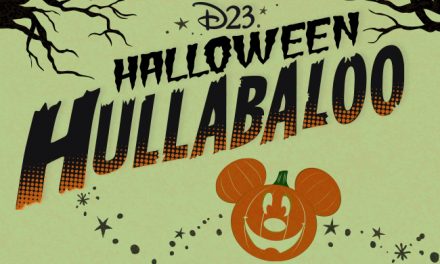 Disney’s TINI: THE LIFE OF VIOLETTA brings international biopic to HD and Digital