Auli’i Cravalho had her moment in the spotlight on the 89th Annual Oscars stage tonight when she sang the big solo from Disney’s Animated Feature MOANA. Auli’i voiced the titual princess and brought to life a practically flawless performance of the song that sounded like it was straight from the soundtrack. Even an unplanned brush across the head by one of the dancer’s fabric waves didn’t shake the talented Disney songstress.

Her performance was prefaced by an introduction by her co-star Dwayne Johnson and included a custom introduction sung by Lin-Manuel Miranda who helped create the music and lyrics for the film along with Mark Mancina.

MOANA didn’t bring home the Oscar gold but Disney was well represented this year bringing home an award for every single other category in which it was nominated including Visual Effects, Animated Feature, and Animated Short. See the full Disney/Oscars recap here. 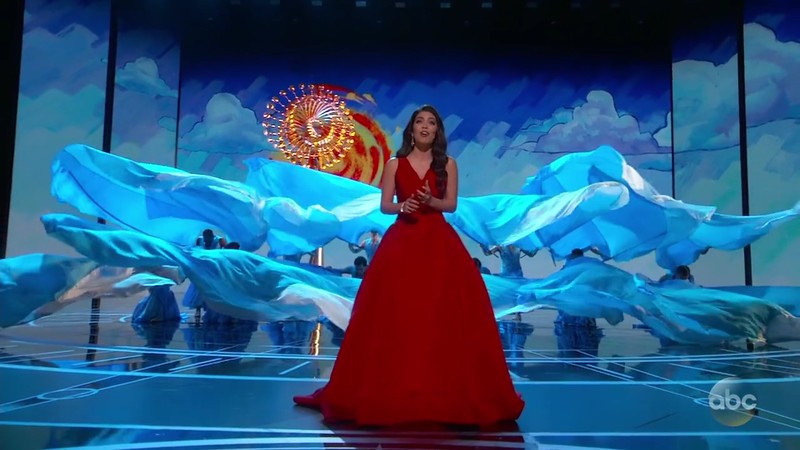