Angela Lansbury on board for MARY POPPINS RETURNS

We’re already intrigued about MARY POPPINS RETURNS and now Disney has confirmed that Angela Lansbury has joined the cast; she will feature as the “Balloon Lady.” Lansbury joins an assorted cast that includes Emily Blunt in the title role plus Lin-Manuel Miranda as a new character, Meryl Streep as an eccentric cousin, and more. The all new sequel to the 1964 classic is currently filming at Shepperton Studios.

A five-time Tony Award® winner and the recipient of an honorary Academy Award®, three Academy Award nominations and bestowed with numerous other accolades, Angela Lansbury’s career encompasses more than 70 years. She is a beloved member of the Disney family and starred in “Bedknobs and Broomsticks” and voiced Mrs. Potts in the animated classic “Beauty and the Beast.” Her roles in film, television and theater range from “Gaslight,” “The Picture of Dorian Gray,” “The Manchurian Candidate” and “Death on the Nile” to “Murder, She Wrote,” “Mame,” “Blithe Spirit,” “Sweeney Todd: The Demon Barber of Fleet Street” and “Gypsy.”

MARY POPPINS RETURNS will take place in Depression-era London (when the books were originally written) and follows Michael (Ben Whishaw) and Jane (Emily Mortimer) who are now grown up, with Michael, his three children and their housekeeper, Ellen (Julie Walters), living on Cherry Tree Lane.

After Michael suffers a personal loss, the enigmatic nanny Mary Poppins (Emily Blunt) re-enters the lives of the Banks family, and, along with the optimistic street lamplighter Jack (Lin-Manuel Miranda), uses her unique magical skills to help the family rediscover the joy and wonder missing in their lives. Mary Poppins also introduces the children to a new assortment of colorful and whimsical characters, including her eccentric cousin, Topsy (Meryl Streep). 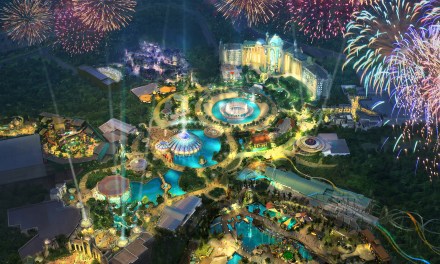 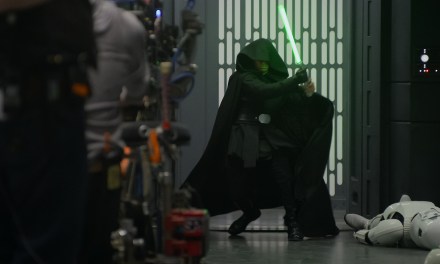