FROZEN’s spell isn’t the only one able to captivate guests aboard the Disney Cruise Line. It seems a band of supers are just as capable of taking over the happiest cruises on earth with the new MARVEL DAY AT SEA offering aboard New York sailings of the Disney Magic in 2017.

Occurring on one action-packed day during each of the seven Disney Magic sailings, the event features all-day entertainment including exclusive interactions with some of the mightiest Marvel Super Heroes and the menacing foes that oppose them, an extraordinary deck party, Marvel-themed youth activities, special merchandise and unique food and beverage offerings.

MARVEL DAY AT SEA hosts an awesome mix of immersive entertainment that is sure to empower Guests to unlock their hidden superhuman abilities as they assemble their own Super Hero community onboard the Disney Magic on this very special day. 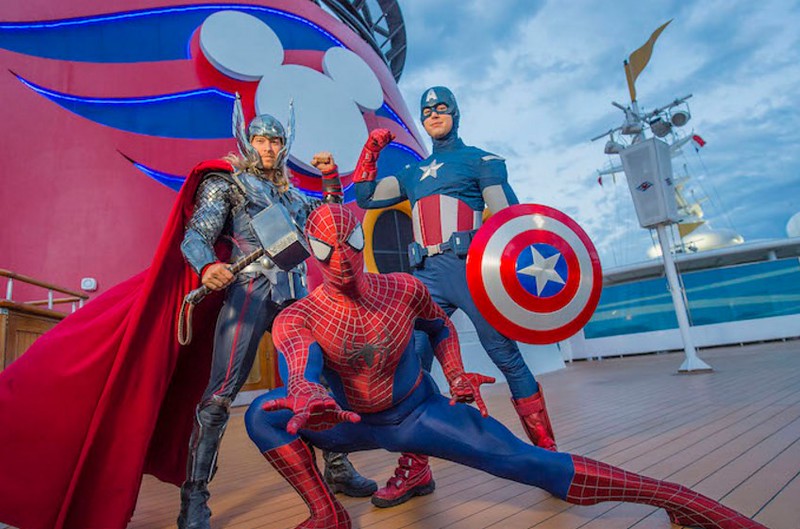