Disney Channel is finally nearing the launch of the new TANGLED THE SERIES program which will be debuting next year and have released a teaser giving a more definitive look at the show’s styling.

Where does the storyline take place? As you can see Rapunzel has her golden locks… well it turns it actually takes place AFTER the end of Tangled but before Rapunzel and Flynn are married in the animated short, “Tangled Ever After.” So how exactly she gets her hair back (before losing it again for her wedding) are yet to be seen.

Perhaps most interesting to fans is that Mandy Moore and Zachary Levi will be reprising their roles as Rapunzel and Flynn Rider (aka Eugene). Others confirmed onboard include Jeffrey Tambor and Paul F. Tompkins will be returning to voice the Pub Thugs—Big Nose and Shorty. Joining the Tangled veterans will be Ashley Judd (as Rapunzel’s mother, Queen Arianna), Eden Espinosa (as Rapunzel’s handmaiden, Cassandra), and more.

TANGLED the animated series will be coming to Disney Channel in 2017.

PLAY DISNEY PARKS app gets updates for ‘Rise of the Resistance’ 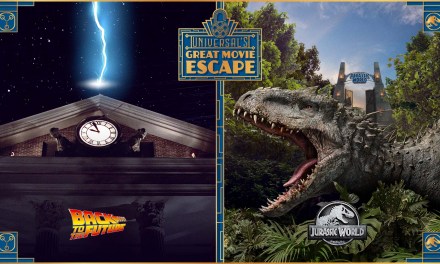