Disney Junior at the Movies: Mickey’s BIG Celebration coming to theaters for a one day event

Kids and parents will celebrate Mickey’s birthday during a one-day interactive event, where DISNEY JUNIOR comes alive on the big screen. This special one-day event, Disney Junior at the Movies: Mickey’s BIG Celebration, will screen in cinemas nationwide on Saturday, November 12 at 10:00a.m. local time, from Fathom Events and Disney Junior. Kids will be invited to jump up and sing, dance and play along with some of Disney Junior’s most-loved shows and characters, including Elena of Avalor, Miles from Tomorrowland, Doc McStuffins, The Lion Guard, Sofia the First and more.

In addition, fans young and old are invited to be among the first to see the upcoming series Mickey and the Roadster Racers on the big screen before its television debut in January 2017. Attendees will also receive a $5 offer to the Disney Stores and a free e-book download, as well as other giveaways.

Tickets for Disney Junior at the Movies: Mickey’s BIG Celebration can be purchased beginning Friday, October 14, 2016 online by visiting www.FathomEvents.com.com or at participating theater box offices. 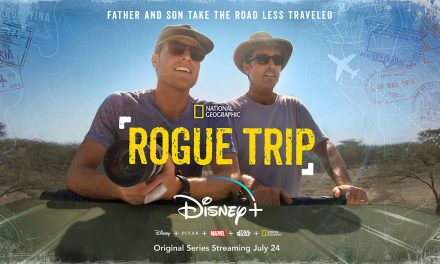