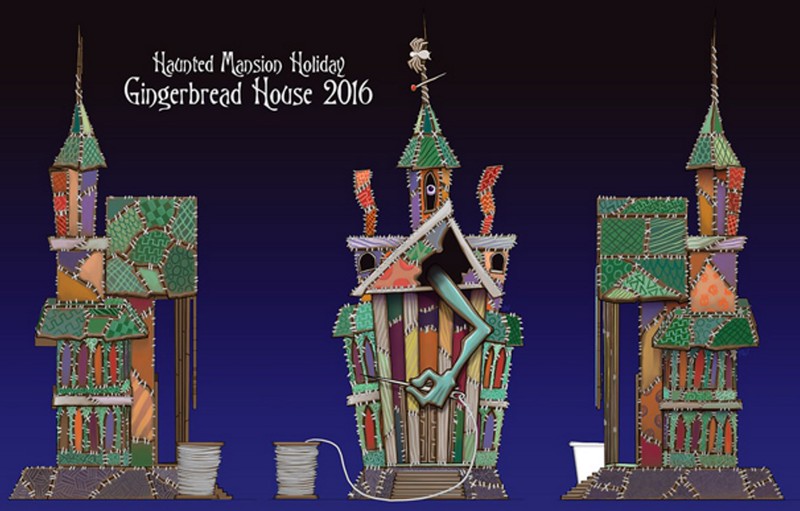 Every year since 2001, Disney has a fun tradition of unveiling a brand new gingerbread masterpiece for their Haunted Mansion Holiday attraction and this year’s confectionery creation is inspired by Sally from THE NIGHTMARE BEFORE CHRISTMAS.

Featuring a hand-stitched motif similar to Sally herself, the house will be created with actual gingerbread and icing. What exactly goes into making it? Well just a few hundred pounds of ingredients including…

According to Tim Wollweber, Associate Art Director for Disney Parks, “The whole structure has been cobbled and stitched together from other different gingerbread houses and treats. But it appears that sometime during the house’s construction, a gingerbread ghoul was entombed! Apparently he’s eager to sew himself up inside – much like another mansion graveyard ghoul you’ve probably seen.”

The sweet tribute will be visible in the ballroom scene of the Haunted Mansion Holiday starting September 9, 2016!

Disney’s Halloween Time takes place at the Disneyland Resort this year from September 9 through October 31, 2016.

REVIEW: ALICE THROUGH THE LOOKING GLASS an expectation shattering event