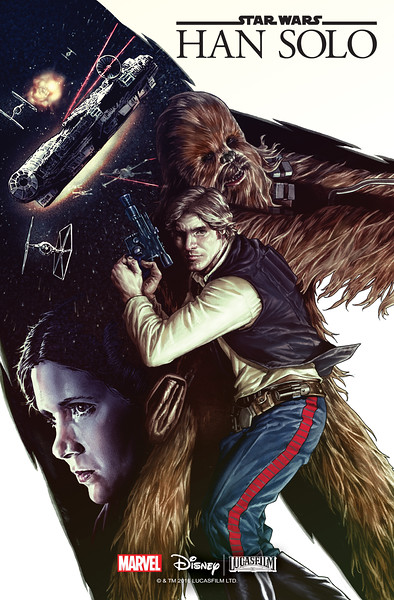 On the final day of the Star Wars Celebration in Europe, Alden Ehrenreich confirmed as the titular star star of the new, yet-untitled, Han Solo Star Wars film. The up-and-coming star has already had a handful of projects in various television programs and projects including the recent Hail, Caesar plus the upcoming Rules Don’t Apply and The Yellow Birds films. Now, he’ll be taking on the scruffy-looking rogue that would eventually go onto help take down the Empire.

Alden Ehrenreich was the first person [that directors] Chris Miller and Phil Lord saw for the role, but they ended up seeing over 3,000 people. On the Celebration stage, Ehrenreich recalled his screen test on the set of the Millennium Falcon and interacting with Chewbacca. Ehrenreich said he definitely couldn’t believe that he would get to play one of his favorite characters of all time. In fact, he shared with the crowd that his mom recently found his old Han Solo toy and sent him a picture of it.

The image above is from STAR WARS: HAN SOLO #1, a comic released in partnership between Disney, Marvel and LucasFilm.