Disney XD has really grown its roster of original programing over the years and at San Diego Comic-Con this year two of those programs drew fans in for a look at Penn Zero: Part-Time Hero and The 7D.

The panel was split into two parts taking a look at each show individually. The Penn Zero segment was a visual feast for fans. In addition to a bunch of images from the show (both past and future) there was a ton of clips that were played. Panelists included Sam Levine, Kat Good, and Adam Henry, Tom Ruegger, and Tom Warburton.

On talking about the impact of the show, Kat Good talked about what an honor it was to be involved with the project saying that the team was adamant about having the input of a “female voice” and that the overall collaborative environment helps create a stronger product.

Some of the teases for the upcoming season include a love interest, tons more music and songs, and a whole bunch of cameos including Mark Hamill, Elizabeth Henstritch returning as the Purple Princess, Alex Kingston, Jeff Ross, Yvette Nicole Brown, and Sonequa Martin-Green.

For the 7D segment of the panel we got an equally awesome amount of footage and clips. In talking about the show, they mentioned the catchy theme song and asked if anyone in the audience knew the whole thing. A hand shot up volunteering to sing the whole thing and it turned out to be none other than Parry Gripp, the person who actually created the song for the show! With ukulele at the ready, he went through the whole song and had the audience participate in the chorus.

One amusing story shared at the panel didn’t have to do with the show but about Walt Disney specifically and how he remembered as a kid meeting Walt himself at the swimming pool of the Disneyland Hotel. It wasn’t until years after the experience that he found out his father had paid a random man at the pool to pretend he was Walt and sign an autograph just to create the magical moment for him. The wacky sense of humor of his father has serve him well for the hijinks of working on THE 7D.

One highlight was getting to hear the full song–paired with storyboard footage–of Kelly Osborne performing “I’M NOT VERY NICE.” Other guest stars for the upcoming season include cameos by Sharon and Ozzy Osborne in addition to Amy Sedaris, Phil Hendrie, Cheri Oteri, Jay Mohr, Petros Papadakis, George Takei, and even Weird Al who will have a song!

You can tune into PENN ZERO: PART-TIME HERO and THE 7D on Disney XD. 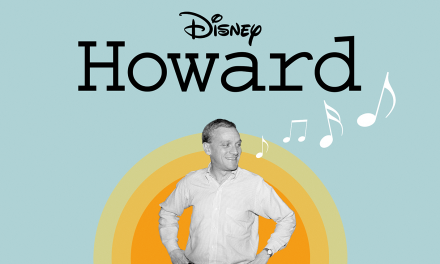