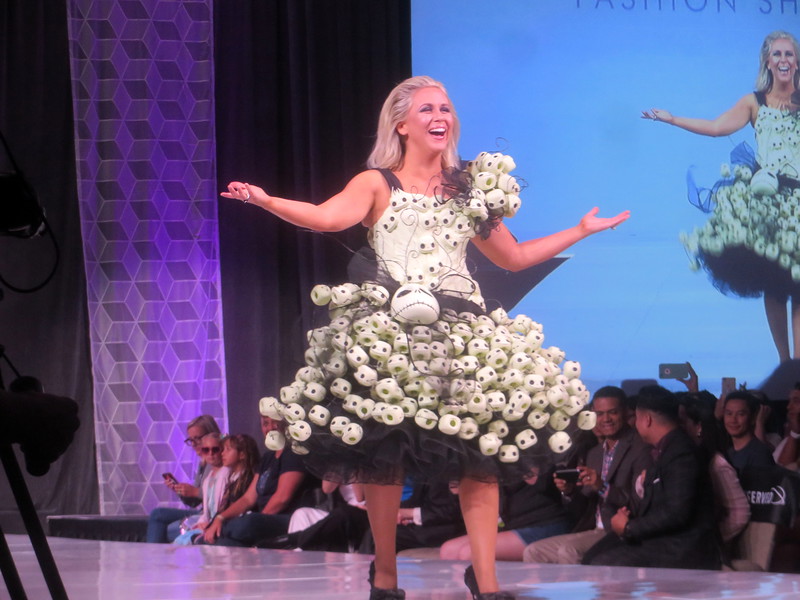 San Diego Comic-Con was kicked off at a full running start once again this year thanks to the Her Universe Fashion Show which took place this evening at the Manchester Grand Hyatt. It was once again a celebration of geekdom in all forms with jaw-dropping moments through-out.

The show was made up of three distinct pieces: 1) A Hot Topic fashion runway featuring the retailer’s newest geeky wares; 2) Geek Couture fashion show with custom made looks by aspiring designers — three of whom won the opportunity to design a Her Universe fashion collection with Her Universe founder Ashley Eckstein for Hot Topic; and 3) Junior Designer Showcase featuring aspiring designers between ages six to seventeen — four of whom won the opportunity to design an apparel piece inspired by The Powerpuff Girls with Her Universe for the pop-culture and gifting retailer, BoxLunch.

This year was particularly special for us at MouseInfo as our very own Becca Inigo was chosen to walk in the show wearing a kick-ass look inspired by Captain Marvel! Other new pieces that were showcased included looks inspired by Disney Princesses, Star Wars, and Dumbo.

In total, 24 designers were tasked to participate bringing to life designs representing far reaches of pop cultural fandom including Godzilla, Wall-E, Nightmare Before Christmas and even Space Mountain! Winner for Judge’s Pick was Cynthia Kirkland (The Couture of Water); Singer Sewing Pick was Jane Burson (Howl-in’ for You) and Audience Pick was Kristi Siedow-Thompson (Pwl chi).

The show was presented by Her Universe, Hot Topic and Loungefly in partnership with BoxLunch, Cartoon Network, SINGER® Sewing Company and Zenni Optical. DJ Amanda Jones provided tunes and Espionage Cosmetics was the beauty sponsor.

Find pictures and video below! ENJOY!

Her Universe founder Ashley Eckstein was the host once again and she wore a custom dress created by Andrew MacLaine (2013 winner) inspired by Nightmare Before Christmas and made with hundreds of Funk Pop Jack Skellingtons! It weighed more than 40 pounds and took three weeks to create.

Jodie Whittaker the 13th Doctor on Doctor Who made a surprise appearance on the runway.

With the recent news of the revival of the CLONE WARS television show Ashley invited two special friends, her fellow colleagues from the show including Dee Bradley Baker (voice of all the Clone troopers) and Matt Lanter (voice of Anakin). 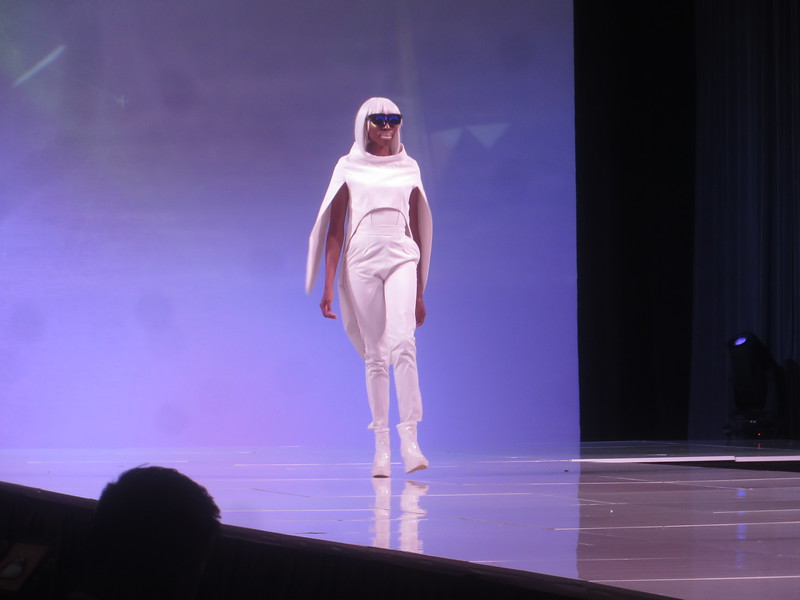 During what was normally an intermission in the show to talley up the votes, we got to see some great young talent take to the stage!

A look at the newest and upcoming designs coming to Hot Topic’s nearly 700 stores nationwide! Video coming soon. Keep an eye out for Becca in the Captain Marvel jacket! 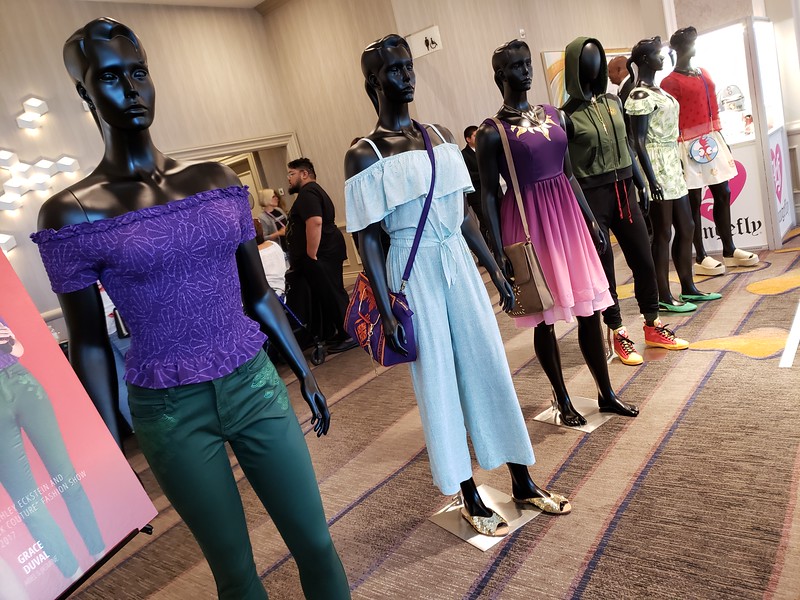 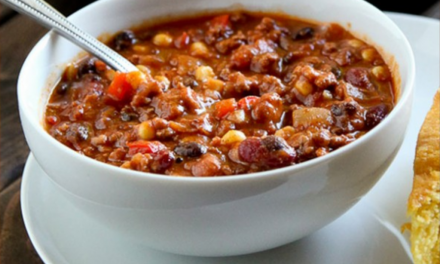