Disney Kingdoms, for those who don’t know, are comic books inspired by rides in the Disney Theme Parks! Disney Imagineers and animators joined fans at Comic-Con to discuss how this project came to life, and what we have to look forward to. The comics range from popular attractions like Big Thunder Mountain and Haunted Mansion, to obscure rides like Journey into Imagination.

If you’ve ever been to Walt Disney World, you’ve likely seen the obscure character of Figment from the Journey into Imagination attraction at EPCOT. The ride is now closed, but it’s cult following lives on through the park merchandise and now in comic books. Jim Zub who creates the Figment comic books hadn’t actually been on the ride since he was 12 years old, and went back last year to experience it in person again. After getting off the ride he was overwhelmed to see his comics in the gift shop. A woman in line with him was buying all of his comics, and he decided to introduce himself and she was thrilled to have him sign them. Did you know that the original design for Figment was a blue-green color? Tad Stones, who helped work on the Journey into Imagination attraction, recalled his experiences and bits of trivia for the audience.  Apparently the Sherman brothers (who wrote the song for the attraction) decided that the word ‘purple’ was easier to use, and designers had to change his color as a result.

The comic book is inspired by and features our favorite purple dragon, but the ride itself does not have a villain or conflict so Jim had a fun time developing one for the comic. Although Jim could not officially announce a third installment of Figment, he DID say that he predicts we will be very happy next year!

So what attraction can we expect next for Disney Kingdoms? The Enchanted Tiki Room! Coming this October you can pick up the newest installment which includes cameos of Little Orange Bird, and everyone’s favorite Disney snack, Dole Whip! 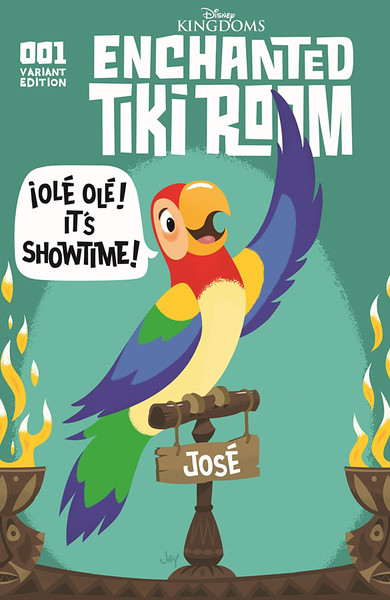 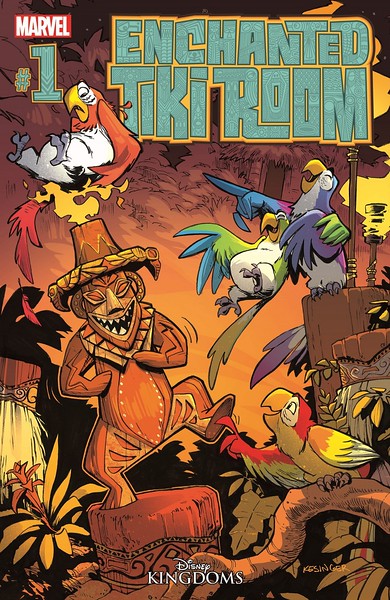