The Arendelle royal empire continues to expand its presence with the latest announcement from Disney for FROZEN NORTHERN LIGHTS. Utilizing the familiar Disney characters in an animated LEGO world, the stories will be adapted from a collection of new books. Anna, Elsa, Olaf, Kristoff and Sven embark on their icy adventure to restore the glimmer of the Northern Lights.

The story titled, “Disney Frozen Northern Lights: Journey to the Lights,” published by Random House, will be introduced as a deluxe novelization in July ahead of an extended collection of books featuring the familiar characters fans know and love, as well as a brand new protagonist named, Little Rock. The storyline will be reimagined by the LEGO Group with four new animated shorts and a full compilation airing on Disney Channel this fall. The shorts will bring the unique brand of stylized animation and witty LEGO humor to the world of “Frozen,” with the voice talent from the movie reprising their roles.

In celebration of “Frozen Northern Lights,” the website http://frozen.disney.com/ will be updated with fun activities tied to the new story and Disney will launch a “Frozen”-inspired Instagram account @DisneyFrozen. Fans can continue to enjoy “Frozen” by liking @DisneyFrozen on Facebook. For more information on “Disney Frozen Northern Lights: Journey to the Lights,” visit http://bit.ly/JourneytotheLights.

The Disney Frozen Northern Lights: Journey to the Lights book launches in July.

The Frozen Northern Lights series of animated shorts is set to air on Disney Channel and Digital Platforms this fall. 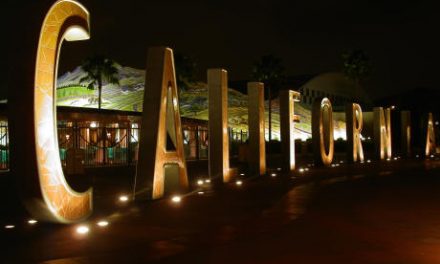