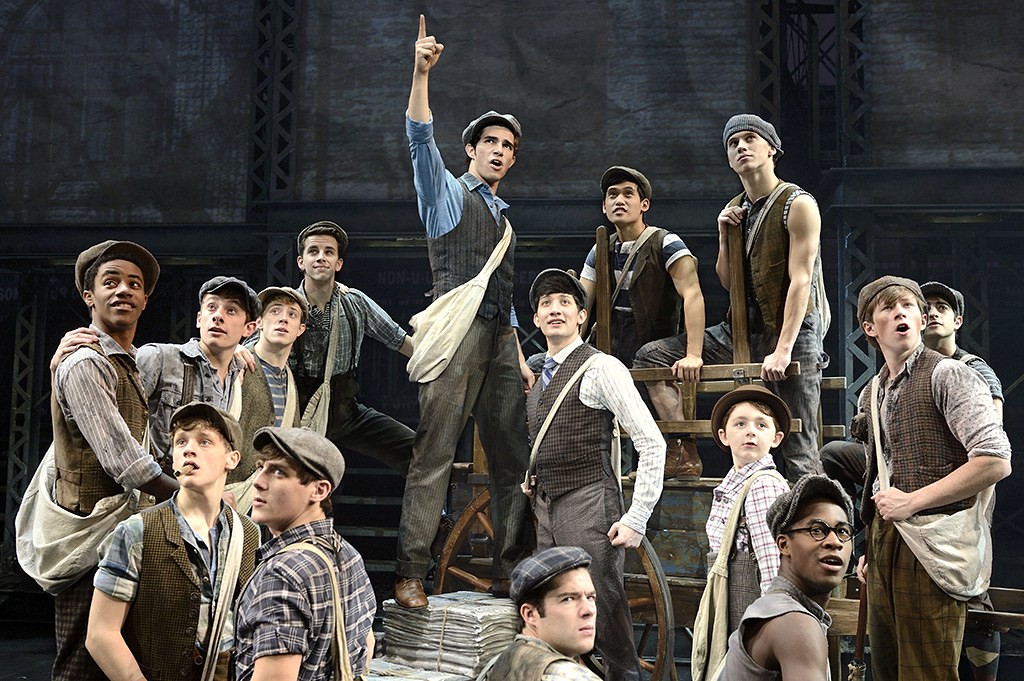 Extra! Extra! Read all about it… NEWSIES has arrived once again in the Southland. Now through May 29th, you can head to Segerstrom Center for the Arts to catch the stunning song and dance spectacular that revives the infectious cult hit film of the 1990s.

As members of that cult following for Newsies, we were beyond excited to be invited to check out the opening night at SCFTA. Knowing every single word to the original motion picture soundtrack, we couldn’t wait to see how the cherished favorite would translate to the stage. By all accounts, it’s a fantastic reworking of the story.

Most of the familiar favorites can be found here; Jack Kelly (Joey Barreiro) is our rebellious leader and while Davey (Stephen Michael Langton) and Les (Ethan Steiner) do in fact return as wholesome counter points to our protagonist, their parts in this show are slimmed down quite a bit in significance. In their place, the character of Crutchie (Andy Richardson) serves as Jack’s counter-balance as a humble, little brother type. 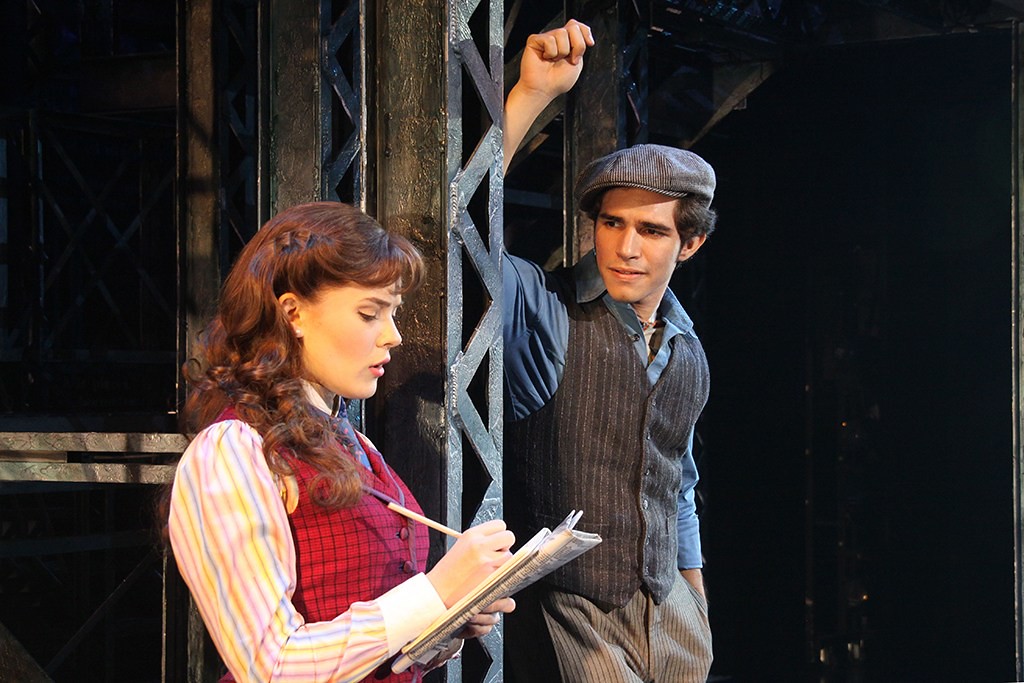 Gone is Denton… at least as a man. Instead, we find Katherine (Morgan Keene), a hard-nosed and determined young reporter trying to make her mark. Pulitzer (Steve Blanchard) remains as the newspaper tyrant with a slightly more involved role as the villain and while Weasel and Snyder remain, their importance to the overall story is also less focused. Medda Larkin also serves the same dubious point to the story as a vessel of support to Jack and the newsboys.

How does that all come together? Rather well, actually. The story has a much tighter focus and a more clear through-line without getting muddled by unnecessary tangents.

Barreriro is perfectly suited as Jack Kelly, maintaining a tough exterior that’s flexible enough to support a believable tender and caring side that is crucial to the role. Unfortunately, Keene as his love interest left quite a bit to be desired. Her portrayal of the character comes across too vexed and insincere to be likable which leaves the blossoming romance between the two leads feeling disconnected and forced. Richardson is also a standout in the cast providing an emotional grounding for both the show and the character of Jack Kelly.

The real magic of the show comes through the electric song and dance numbers. The iconic signature choreography is an absolutely fantastic component to this show with the newsboys pulling off flips, twists, leaps, and turns that truly astound. Even the final curtain is engaging as an adrenaline-fueled farewell that comes after we think the spectacle has come to an end.

It’s all truly infectious and it leaves you singing the songs all night long. If you’re anything like us, beware of spontaneous car-eography on your drive home.

For fans of the original movie, this show is a no-brainer. “Newsies” is thoroughly satisfying from both the vocal and performance standpoint and is a fantastic way to spend the evening.

NEWSIES is playing at SCFTA now through May 29! For more information, visit scfta.org.