Universal Studios Hollywood has announced a series of videos that will explore different areas of the WIZARDING WORLD OF HARRY POTTER that’s coming this Spring. First up in the series is a look at the HOGWARTS EXPRESS, hosted by the conductor himself. The first video and the others will be able to be viewed on the newly launched interactive website.

THE WIZARDING WORLD OF HARRY POTTER is set to debut in Spring 2016.

The video, which can be viewed at Universal Studios Hollywood’s newly launched “The Wizarding World of Harry Potter” interactive website and here, will highlight some of the land’s best-known shops and eating establishments, including Ollivanders™ wand shop, Three Broomsticks™ and Honeydukes™. 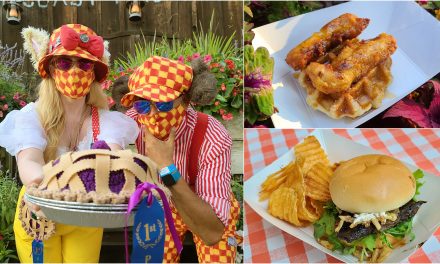