This December guests visiting Disney’s Hollywood Studios will have a new place to check out special events at SUNSET SHOWCASE. This new venue will be able to host a variety of events during the year, including the first one CLUB DISNEY. CLUB DISNEY will feature a DJ and a chance for kids to dance with some of their favorite characters.

The venue will also feature an area for guests to charge their phones, and refuel with some snacks. CLUB DISNEY and SUNSET SHOWCASE opens for guests on December 4th.

An all-new special event venue, Sunset Showcase opens later this year on Sunset Boulevard at Disney’s Hollywood Studios. This entertainment showplace has been custom designed to host a variety of different experiences over time.

The premier engagement at the new Sunset Showcase will be Club Disney, the hottest spot in town for kids and characters alike! You can join Mickey and the gang and take to the dance floor in this electric club environment, where a DJ Club Host spins the perfect playlist mix of your favorite Radio Disney Top 40 songs as the floor and walls come alive with vivid images from classic Disney animation.

Club Disney will also feature a cool seating area and snack station, where you can refuel and recharge – both yourself and your electronic devices – before heading out for more adventures in Disney’s Hollywood Studios.

Club Disney premieres at Sunset Showcase on December 4, 2015, so be sure to check it out on your next visit! 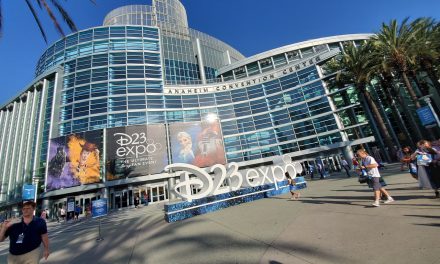