Entertainment Weekly just broke the news that Disney is developing a reboot to beloved classic MARY POPPINS. The Walt Disney Studios has asked director, Rob Marshall to direct, and John DeLuca and Marc Platt to produce. This is the team behind last year’s reboot INTO THE WOODS that definitely had mixed reviews.

With Marshall helming, songwriting duo Marc Shaiman and Scott Wittman (Hairspray, Smash) are on board to compose original songs and a new score; David Magee (Finding Neverland) is attached to write the screenplay. Richard Sherman has given his blessing, but nothing has been announced in what capacity he will be apart of the film.

One of the world’s most cherished characters is about to take flight once more.

EW has learned that Disney is developing a new original live-action musical film featuring the beloved magical nanny, Mary Poppins. The studio is bringing back Into the Woods director Rob Marshall and producers John DeLuca and Marc Platt, who successfully shepherded Stephen Sondheim’s Broadway tuner to the big screen for Disney last year.

The new Poppins film will take place in Depression-era London, some 20 years after Disney’s classic Mary Poppins, and will draw from existing Poppins tales in the rest of author P.L. Travers’ 1934-1988 children’s book series. The practically perfect 1964 screen adaptation starring Julie Andrews pulled its story primarily from the first installment in Travers’ eight-book series; the new project (which is decidedly not being developed as a sequel) will explore Mary’s further adventures with the Banks family and beyond as illustrated by Travers’ seven additional novels.

With Marshall helming, songwriting duo Marc Shaiman and Scott Wittman (Hairspray, Smash) are on board to compose original songs and a new score; David Magee (Finding Neverland, Life of Pi) is attached to write the screenplay.

Disney and Marshall are collaborating with the Travers estate and have already earned support from Poppins’ co-composer Richard Sherman, who penned the original film’s famous songs like “Chim Chim Cher-ee” and “Supercalifragilisticexpialidocious” with his late brother, Robert.

Marshall, DeLuca, and Platt remain some of Hollywood’s most active musical players. Marshall’s 2002 Oscar-winning Best Picture,Chicago, is largely credited with ushering in a modern resurgence of the genre; he and DeLuca also collaborated on 2009’s Nine before taking on Into the Woods in 2014. Platt is presently producing Fox’sGrease: Live and another original musical, La La Land, starring Emma Stone and Ryan Gosling. As a key producer of Broadway’s Wicked, he has also long been involved in developing a feature film adaptation of the show.

The world of Mary Poppins was most recently revived onscreen with 2013’s Saving Mr. Banks, which told the story of Travers’ meetings with Walt Disney in the early ’60s as he persuaded her to put Poppins to film. 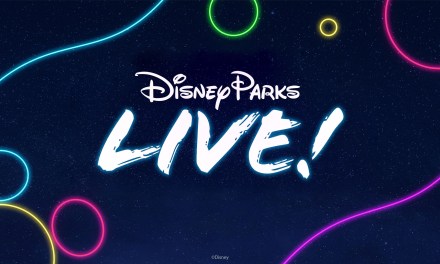