Finally catching up to the 21st century, the Disneyland Resort will be launching an all-inclusive new mobile app. Set to debut for both GooglePlay AND Apple App store on August 4, the new app will offer a host of features including allowing Annual Pass holders to link their passes and use their phones to gain admission into the parks.

Other perks within the app include official attraction wait-times plus information about entertainment, dining, merchandise locations and more. Be on the look out next week on the Disney Parks Blog for more info about the launch!

Many would assume that the Disneyland Resort would be folded into the current My Disney Experience app that is currently in use in Orlando offering similar features for Walt Disney World guests. However, the new app will NOT be connected to this interface or the Shop Disney Parks app either.

The app can now be downloaded via GOOGLE PLAY and the Apple APP STORE. Check out some screenshots below! The app will include a variety of helpful info that guests can access via a real-time interactive map including: 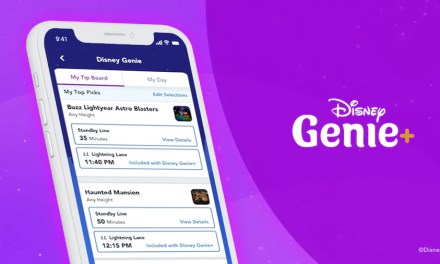