Only a few more days left before tickets for the D23 EXPO go up in price! Starting JULY 1, guests wanting to go to the D23 EXPO in August will have to pay regular admission prices. Discounted tickets are $58 a day for D23 members and $67 for general.

Some of the highlights for this years EXPO include Panels from Disney/PIXAR’S INSIDE OUT, TOY STORY 20TH ANNIVERSARY, DISNEY ON BROADWAY’S: THE ORIGINALS, DISNEY ANIMATION EXHIBIT, THE WALT DISNEY ARCHIVES EXHIBIT, and much more!

The highly anticipated D23 EXPO 2015: The Ultimate Disney Fan Event returns to the Anaheim Convention Center August 14–16, bringing all worlds of Disney together under one roof, and offering Disney fans exclusive access to Disney films, television, and theme parks as only D23: The Official Disney Fan Club can!

A limited number of discounted tickets are still available for purchase. Visit www.D23EXPO.com to buy yours before prices go up on July 1. 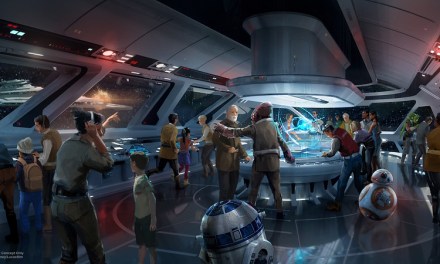