In honor of the new Diamond Celebration, the Disneyland Resort atmosphere entertainment has added small touches and tributes to the event into the regular roster of tried-and-true offerings. Although we haven’t seen it all yet, we were at the parks yesterday to check out some of the updates to the show.

Amongst the notable additions, the Dapper Dans now perform a tribute to the 60th Anniversary with a new song written by Disney Legend Richard Sherman. Over at DCA, Minnie has joined the Red Car News Boys where she meets Mickey for the first time! Talk about witnessing history!

So now, we invite you on a small video tour for a front row seat of all of it! Enjoy.

The Dapper Dans piano show is not much altered aside from a few casual references to the Diamond Celebration. Their set in front of the Main Street Firehouse includes a performance of a fun little song written by Richard Sherman to commemorate the 60 dazzling years of the Resort. We’ll try to catch this version soon.

There’s not much change to the set here although you can enjoy seeing MouseInfo’s Joey (that’s me) get completely embarrassed by Cruella DeVil in the show.

The Newsies-inspired show on Buena Vista Street has had a few alterations since it debuted with the new DCA in 2012 including a holiday version each year. For the Diamond Celebration, Mickey sings a new song that plays tribute to a recurring Disney company quote that often gets attributed to Walt Disney: “If You Can Dream It, You Can Do It.” He sings about his dream to make it big in pictures, live in a castle, meet a swell gal, and even to wear fancy yellow shoes.

Also new to the show is the non-speaking cameo by Minnie Mouse who has her love at first sight first encounter with Mickey.

Back over at DCA, Five and Dime are celebrating all the beautiful new decor around the area, not necessarily addressing it’s for Disneyland’s 60th Anniversary (which timeline wise for Buena Vista Street doesn’t even exist yet).

Tell us in the comments below what’s been your favorite part of the Diamond Celebration so far! 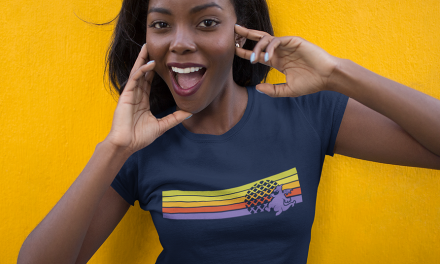 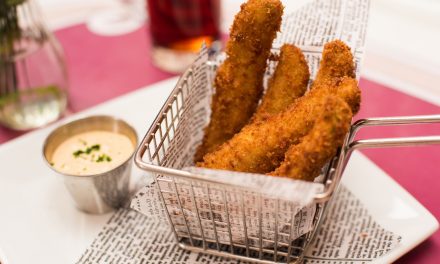