Gillette and Stark Industries are coming together to create some pretty powerful razors! For promotion of the upcoming Marvel’s AVENGERS: AGE OF ULTRON movie, Gillette has come up with prototypes that have been modeled after members of the Avengers: Iron Man, The Hulk, Captain America, and Thor.

Learn more about these razors by checking out the video on YouTube or by visiting Gillette.com.

BOSTON–(BUSINESS WIRE)–In what may be the most perfect union of superpowers, Gillette and Stark Industries have joined together with one goal in mind: create one of the best razors in the world. In fact, Gillette has allowed Stark Industries to take over its R&D department at World Shaving Headquarters to deliver an epic shave using Avengers-inspired technology.

“We are excited to see what happens in testing as the Avengers-inspired technology is incorporated into the razors.”

Of course, Stark Industries is no stranger to the toughest technological challenges, having conquered robotics, aeronautics, fringe science, and weaponry. Yet, the task at hand is a tough one: setting out to build a razor that rivals Gillette’s best razor to date, the Fusion ProGlide with FlexBall Technology. But Stark Industries is up for the challenge.

“Gillette has developed one of the best shaving technologies around, but we wanted to see how Avengers-inspired technology would work in a razor,” said Abe Zimmer of Stark Industries.

The prototypes have been modeled after members of the Avengers: Iron Man, The Hulk, Captain America, and Thor.

The Repulsor1 with Exoblade has an Arc Reactor Technology that generates a perpetual energy supply to obliterate face hairs with Uni-beam pulse bolts. The Gillette XL Gamma with stress-triggered sensors and an unstable molecular structure can increase up to 700% in razor mass and brute shaving force. The Gillette Ultra Strike is rebuilt with Super Soldier Technology and has a rare Vibranium-coated Shield Cartridge that shoots out from the handle to cut targeted hairs. And finally, the Gillette Thunder scorches hairs to the follicle with micro-lightning and an honor based gyro-gravity field to make it borrow-proof.

“Certainly, Stark Industries has access to technology much different than Gillette has developed over our 110 years in the grooming business,” said Stew Taub, Director of Shave Care R&D at Gillette. “We are excited to see what happens in testing as the Avengers-inspired technology is incorporated into the razors.”

Guys can learn more about these razors by checking out the video on YouTube or by visiting Gillette.com.

About Gillette
For over 110 years, Gillette has delivered precision technology and unrivaled product performance – improving the lives of over 800 million men around the world. From shaving and body grooming, to skin care and sweat protection, Gillette offers a wide variety of products including razors, shave prep (gels, foams and creams), skin care, after shaves, antiperspirants, deodorants and body wash. For more information and the latest news on Gillette, visit http://www.gillette.com/. To see our full selection of products, visit http://www.gillette.com/en/us/shop-now.aspx.

About Marvel’s Avengers: Age of Ultron

Marvel Studios presents Avengers: Age of Ultron, the epic follow-up to the biggest Super Hero movie of all time. When Tony Stark tries to jumpstart a dormant peacekeeping program, things go awry and Earth’s Mightiest Heroes, including Iron Man, Captain America, Thor, The Incredible Hulk, Black Widow and Hawkeye, are put to the ultimate test as the fate of the planet hangs in the balance. As the villainous Ultron emerges, it is up to The Avengers to stop him from enacting his terrible plans, and soon uneasy alliances and unexpected action pave the way for an epic and unique global adventure.

Written and directed by Joss Whedon and produced by Kevin Feige, p.g.a., Marvel’s Avengers: Age of Ultron is based on the ever-popular Marvel comic book series “The Avengers,” first published in 1963. Louis D’Esposito, Alan Fine, Victoria Alonso, Jeremy Latcham, Patricia Whitcher, Stan Lee and Jon Favreau serve as executive producers. Get set for an action-packed thrill ride when The Avengers return in Marvel’s Avengers: Age of Ultron on May 1, 2015.

Marvel Entertainment, LLC, a wholly-owned subsidiary of The Walt Disney Company, is one of the world’s most prominent character-based entertainment companies, built on a proven library of more than 8,000 characters featured in a variety of media over seventy years. Marvel utilizes its character franchises in entertainment, licensing and publishing. For more information visit marvel.com. © 2015 MARVEL 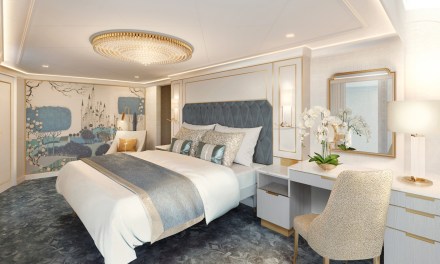