REVIEW: Venturing into Disney’s STRANGE WORLD is a journey worth the wear 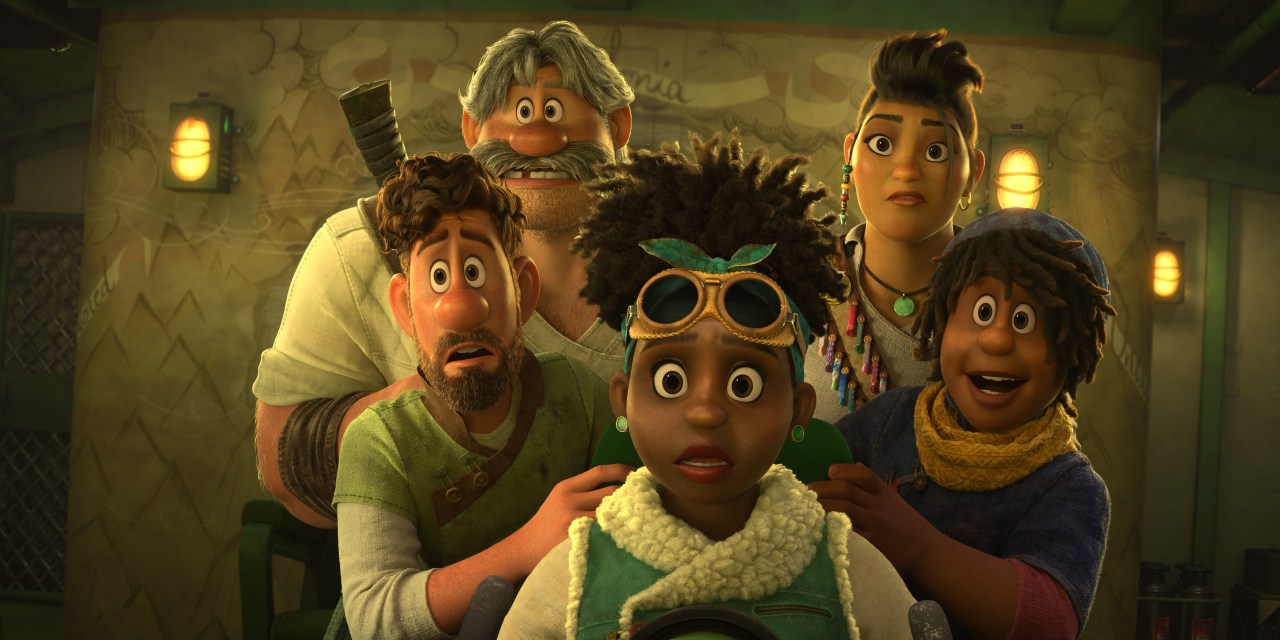 After STRANGE WORLD gave us our first good look at the film (and a poster that I have yet to hang) during the 2022 D23 Expo, I wasn’t left with much of a first impression.

In fact, in preparation of the advance screening that MouseInfo was invited to, I had to watch the trailer again for a refresh about the journey on which I was about to embark and even then I was still uncertain about this film’s direction. All of that further coupled with the fact that all the marketing seems to not be particularly broad or far-reaching makes this one a bit of a head scratcher. Happily, a strange thing happened after seeing the film, it exceeded my expectations!

Before we get into chatter about the film, can we just talk about the beautiful new Disney 100 Years of Wonder banner? We got our first peek at production title card this year’s D23 Expo in September, and she is a beaut! Starting with this film, the ionic intro will roll ahead of Walt Disney Studio’s live-action and animated films to celebrate the company’s 100th anniversary, officially kicking off in January 2023.

Ok, back to the film.

While STRANGE WORLD will certainly not be the next FROZEN, it’s still an admirable addition to the legacy of the Walt Disney Animation Studio. The peculiar realm that we venture into is a neutral zone that forces normal and healthy conversations. While it zeroes in on expected themes of family dynamics, the 61st animated feature from the House of Mouse also tackles the idea of a legacy and what it means to be happy with your true self. Paired with an openly-gay biracial teen central character, you almost start to see why Disney’s legendary marketing machine may perhaps be wary.

The story focuses on three generations of the Clade family; Jaeger (Nick Parker, sorry, Dennis Quaid), Searcher (Jake Gyllenhaal), and Ethan (Jaboukie Young-White), and explores two father-son relationships. What Jaeger wants for Searcher and what Searcher wants for Ethan don’t quite align and while they don’t see the world the same way, they have a lot more in common than they’re willing to admit. Meanwhile, they find themselves intertwined on a shared adventure where their motives and endgame start to become more clear as they trek through this visually vibrant but incredibly dangerous world.

The studio continues to break barriers, telling authentic stories where everyone can see parts of themselves within these characters. STRANGE WORLD checks key boxes in representation beautifully and naturally. There’s a few notable callouts including an interracial marriage between Searcher and his wife Meridian (Gabrielle Union) and an openly-gay biracial teen character in Ethan, surely to be proclaimed as one of many firsts for Disney. (There’s also a cute three-legged pup!)

I was pleased that the studio took key LGBT representation further than the quick blink-and-miss them ones seen recently in LIGHTYEAR or BLACK PANTHER: WAKANDA FOREVER. Further to the point, the film didn’t take time to explain how or why the Ethan came out of the closet and honestly, that’s fantastic.

BECAUSE. NOT. EVERY. LGBT. STORY. HAS. TO. BE. ABOUT. THE. CHARACTER’S. SEXUALITY.

This action-adventure journey forces a family of explorers to listen to and understand one another. While Jaeger and Searcher both feel like their legacies are on the line, Ethan’s curiosity and courage ultimately introduce new perspectives.

While you might’ve not heard (or seen) much of STRANGE WORLD, this story is worth squeezing into your Thanksgiving weekend plans — especially if you’ve ever struggled to find yourself in this world despite what your parents may want for you. I think I’ll go hang my poster now.