#D23Expo BREAKDOWN: Exactly how Dinoland will transform into the worlds of Moana and Zootopia 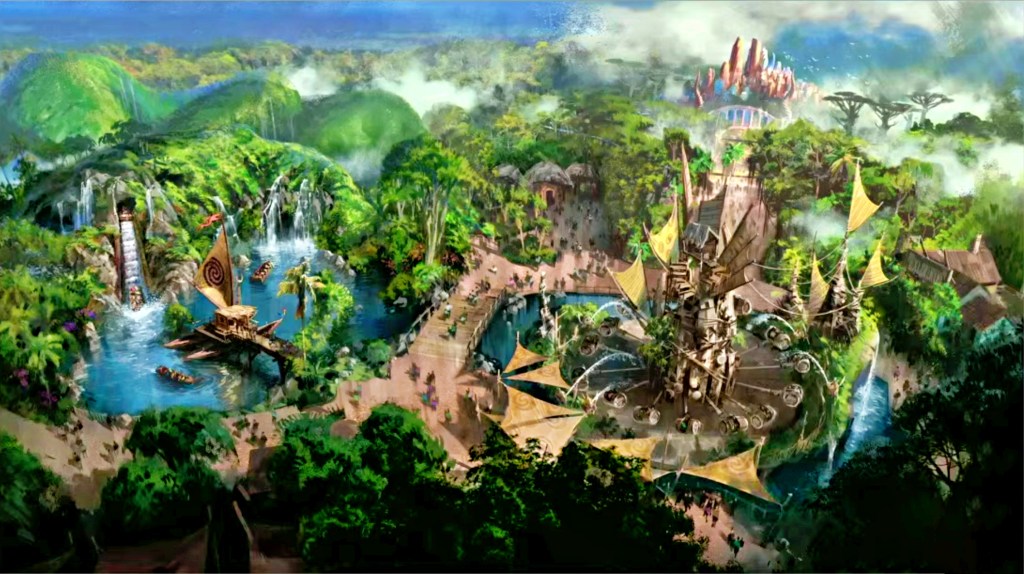 This concept art, billed by Imagineer Chris Beatty during the presentation as just an idea, is clearly much more that and closely hews to what we can expect to see in just a few years. Take a look at this labeled art, which matches the land’s current layout: 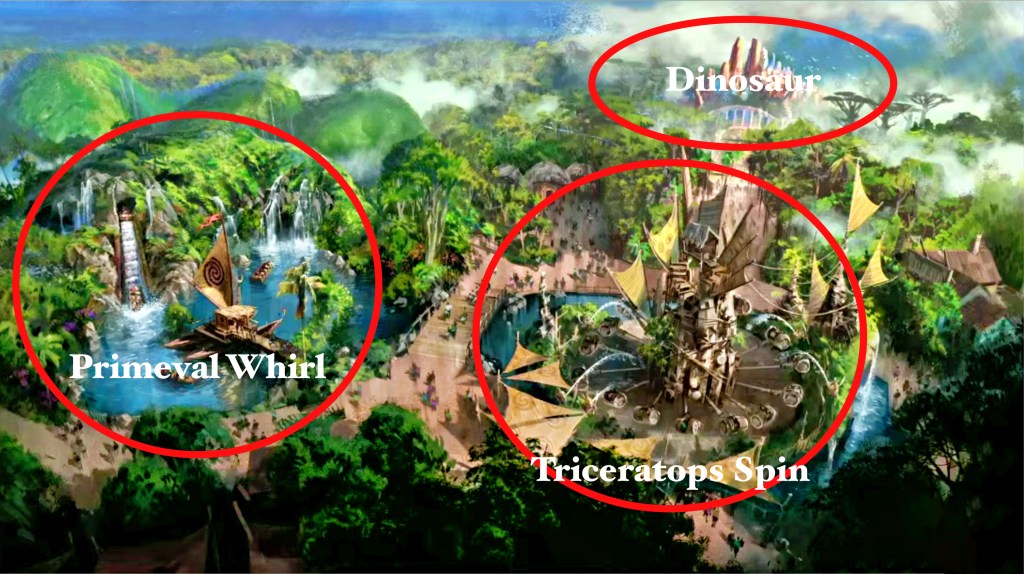 Primeval Whirl has already been demolished, so construction on the Moana water ride could begin at any time. Triceratops Spin would be rethemed to the Kakamora from the film, a quick fix. Placemaking surrounding the two attractions would then form a cohesive mini-land.

Separate from the Moana retheming project for Dinorama is the Zootopia attraction. The quickest way to bring this to fruition would be to simply retheme the existing Dinosaur ride. Based on Disney’s recent efforts, that would be a good guess as to what could happen here. Of course, they could also demolish the current attraction and build from scratch.

Universal Orlando Resort‘s newest park, the eagerly anticipated Epic Universe, will open in 2025. How soon can Disney have counterprogramming ready? We think this announcement hints at the potential timeline and we would expect to hear more about these expansions and more at Destination D in fall 2023.

Fans lament the loss of a cohesive vision for Disney’s Animal Kingdom, as these projects keep with Disney’s recent trend of mimicking Universal’s mishmash of individual IP-based districts. Joe Rohde, the visionary who shepherded the park since its inception, has retired from Disney. This announcement makes his absence deeply felt.