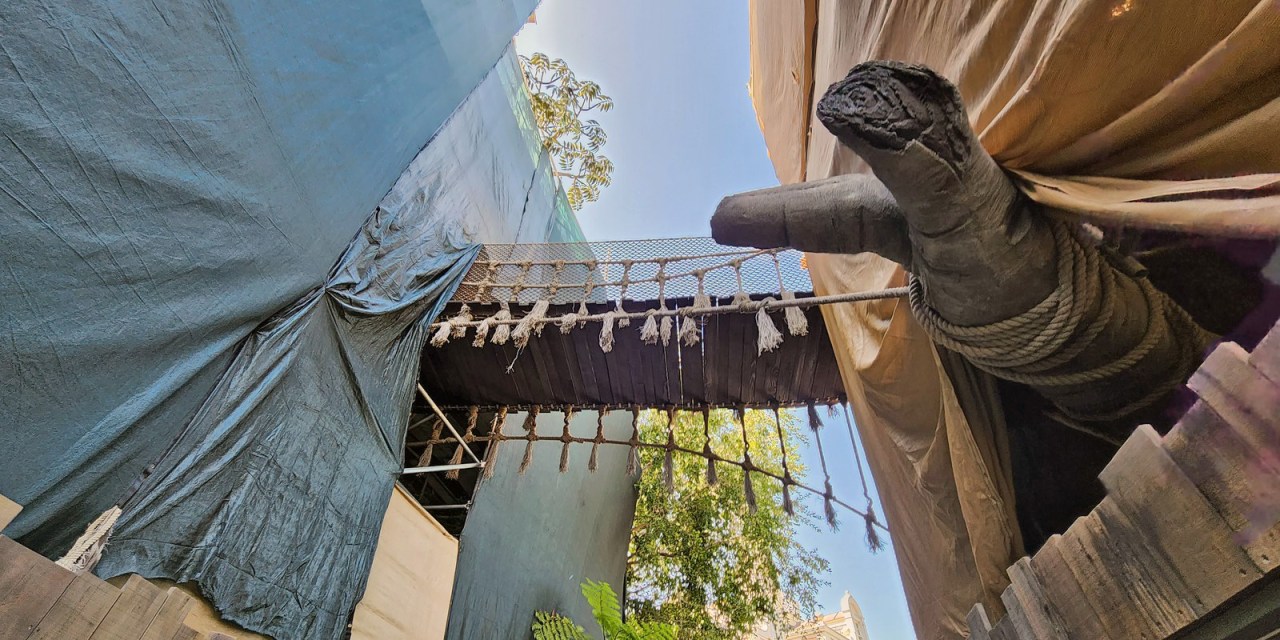 Tarzan’s Treehouse at Disneyland has been behind refurb walls, tarps, and scaffolding since last year and now it appears that the classic attraction is actually going to be making way for a brand new theme.

According to the OCR, the current entrance to the treehouse will be demolished beginning today, April 18 as work begins in earnest for a new theme. While an official announcement has not yet been made, fans are already looking to Disney’s latest animated feature ENCANTO.

The Oscar-winning animated film features a memorable scene in which the character Antonia is gifted with a treehouse room that is inhabited by exotic flora and fauna of Colombia which would certainly fit in-theme of Adventureland.

Tarzan’s Treehouse is already closed. An official announcement has not yet been made and we expect might not happen until the D23 Expo later this year.