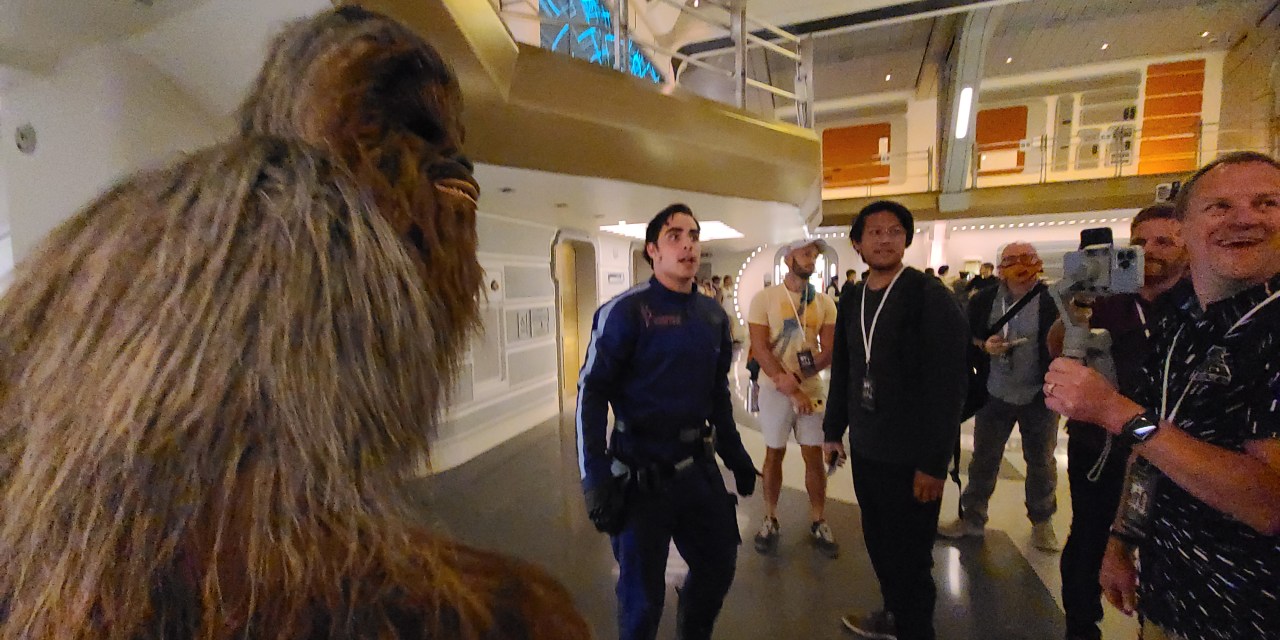 As we continue our on-site coverage of the brand new Star Wars: Galactic Starcruiser, we’re sharing the experience we had of smuggling a stowaway seven-and-a-half foot tall Wookie. As a bit of background, MouseInfo had the opportunity to be part of a short media tour of the Star Wars: Galactic Starcruiser which gave us the opportunity to have a small taste of the full 2-day excursion.

Small covert missions are built into the experience of Disney’s new immersive experience and we quickly were thrown into the action of the ship’s unfolding story when our tour of the ship’s atrium tour was cut short thanks to an incoming transmission from none other than Chewbacca. The renowned smuggler and rebellion hero is on official duty and we’re being called on to help ignite the spark of the Resistance.

Having earned the trust of Sammie, the ship’s mechanic, I personally was tasked with one of my earliest objectives on board and that was securing visuals on the hard-to-miss Wookie so that our group could find him passage to a lower concourse to avoid the watchful eye of the First Order. The moment was fleeting but the core memory is permanent however small the interaction was. That was me. I did that. I’m fine, it’s just a little space dust in my eyes.