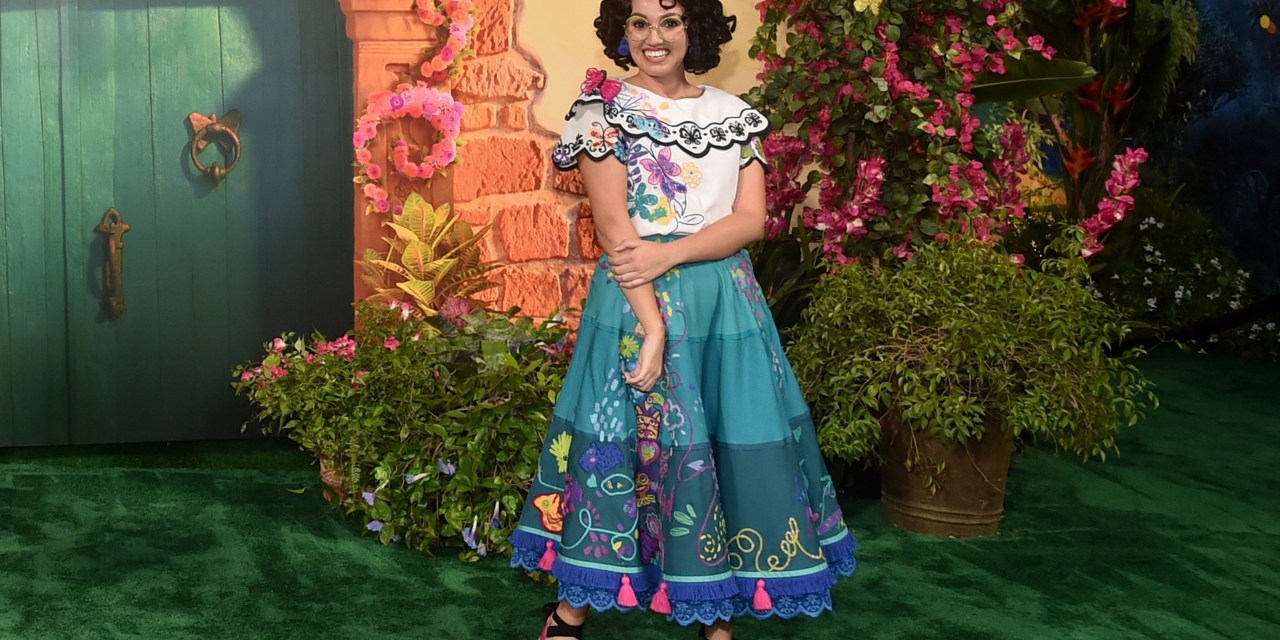 Tonight at the World Premiere of Disney’s ECNANTO, the film’s main character Mirabel made her (green) carpet debut! Check out this image shared to Twitter of the character who is expected (but not officially confirmed) to make a debut at Disneyland in celebration of the film’s release.

New character posters and sneak peeks coming to Disney Parks and Cruise Line for ‘Pirates of the Caribbean: Dead Men Tell No Tales’