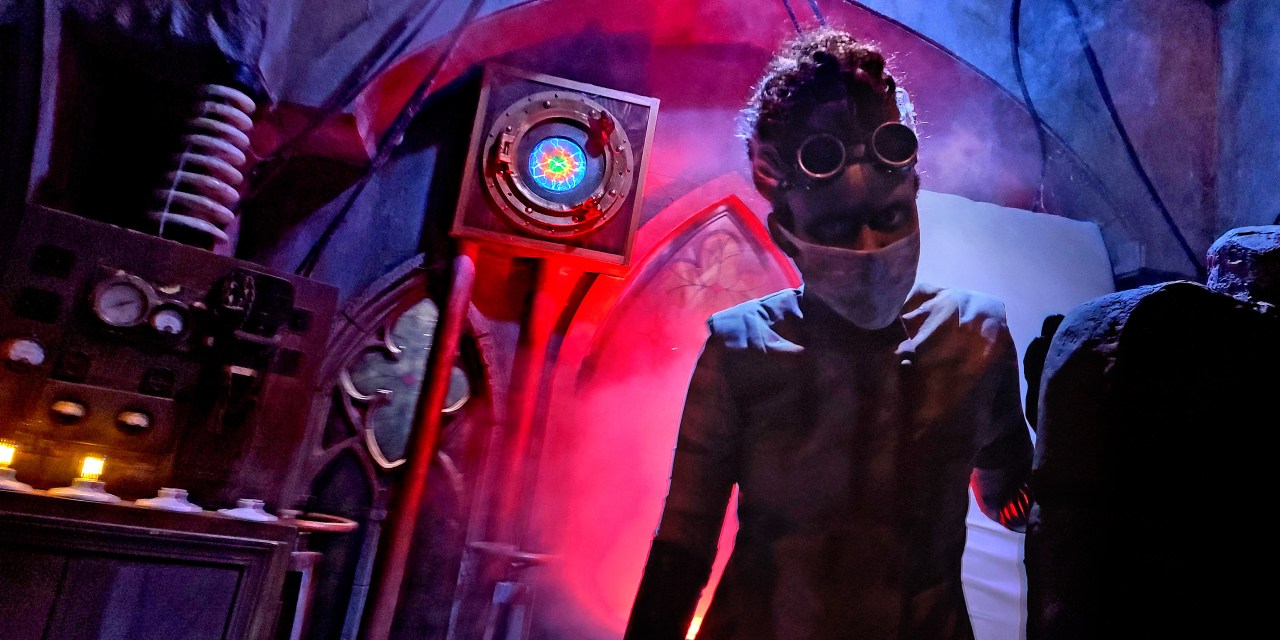 After an unprecedented year, Universal Studios Hollywood has welcomed in its 2021 Halloween Horror Nights. While the event is noticeably “lite” compared to the 2019 event which featured the most mazes in the event’s history, there’s still plenty of scares to be found across the property. During a media preview, we were given access to the park to uncover all the terror and see that the event still packs enough bite to make it worth the while!

Universal Studios Hollywood is serving SIX mazes this year — four of which are repeats from previous years — plus two new options: Universal Monsters: Bride of Frankenstein Lives and Netflix’s The Haunting of Hill House. Rounding out the major offerings are The Ultimate Purge Terror Tram and the temporary event-only return of THE WALKING DEAD attraction.

Join us now for a full look all around Universal Studios Hollywood Halloween Horror Nights 2021!

This maze is a standout. Great sets, great scares, amazing costumes. It’s definitely the must-see of the event.

NETFLIX’S THE HAUNTING OF HILL HOUSE

This show is so great and it was serviced so poorly by this year’s execution. The performers are great but the sets were really lacking in depth.

THE CURSE OF PANDORA’S BOX

This is so campy and fun. It’s honestly perfection. Don’t come into this one expecting blood and gore. This is just good old fashioned fun.

We loved this a few years ago and honestly we love it now. It’s not super inventive but the disorientation by revisiting the same bedroom over and over is great.

You can’t be mad at Leatherface. You’re gonna get some roadside carnage and it’s gonna be great. Inventive, no. But still fun. 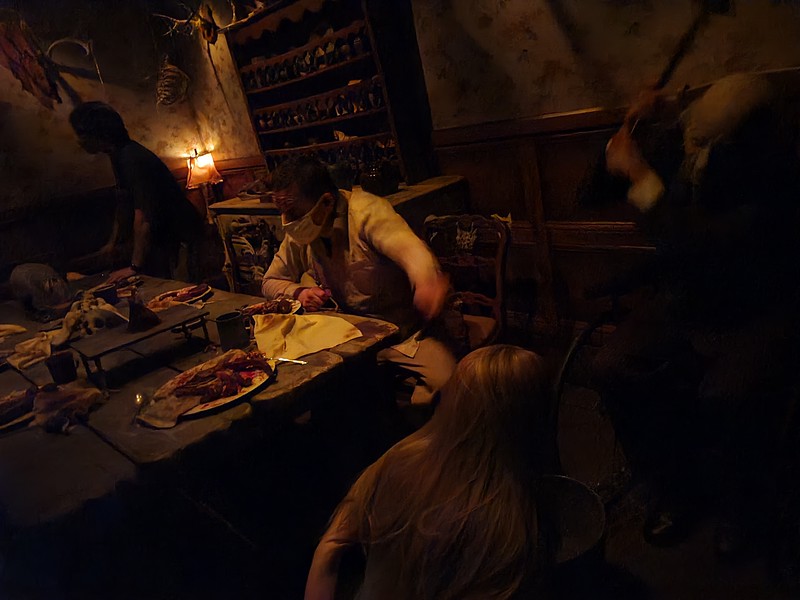 HALLOWEEN 4: THE RETURN OF MICHAEL MYERS 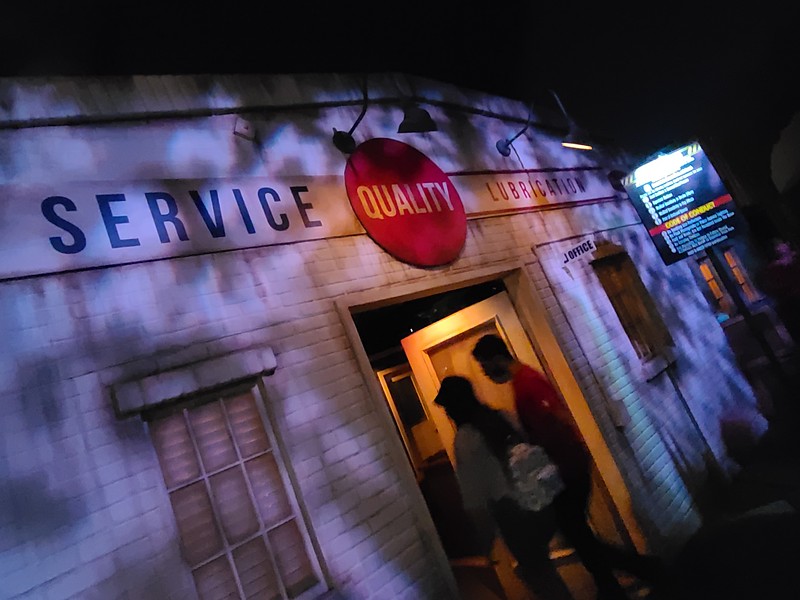 The franchise is no stranger to the event but it just works. Creepy visuals of people with one mission: kill. It’s always great to be able to walk through Bates Motel and the War of the World’s sets.

This one seemed to garner more attention than normal since the attraction did “permanently” close earlier this year however we saw zero noticeable changes. No changes in scenery and still far fewer scare actors than we would hope.

The selections were a bit scant this year. Apart from a random assortment of monsters from the park entrance up to Universal Plaza, there wasn’t a whole lot going on. The women of Universal Monster Movies was definitely a shining star leaning heavily into Bride of Frankenstein with cameos from female monsters including Dracula’s Daughter, the Mummy, and more.

New this year, the Wizarding World of Harry Potter (including its shops and two attractions) are open during the event! While there’s no special entertainment or scares here there IS an awesome projection on Hogwart’s Castle looking completely battle-worn with scary sounds and the Deathly Hallows being summoned in smoke. It’s a nice touch and a welcome offering to this year’s lineup. It’s also the only way to access two of the event’s mazes by going through its backstage gates.

Jabbawockeez are back again this year. We usually try to catch this every year but it’s really just not something we enjoy so we did skip it this year. Hopefully next year we’ll get a re-invention of entertainment for the event. This one just doesn’t cut it.

Leatherface’s Barbecue offers a fair selection of decent noshables although nothing that had us dying for more. We regretted not trying anyof the food at the Dia de los Muertos themed area in Unviersal Plaza where a selection of Mexican favorites, cocktails, and novelty items were available.

Event mugs are refillable all night long with receipt. 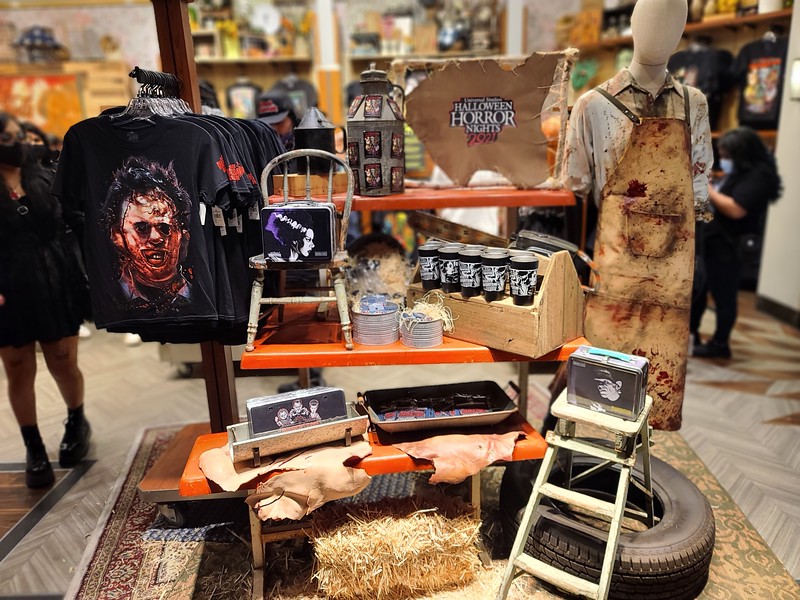 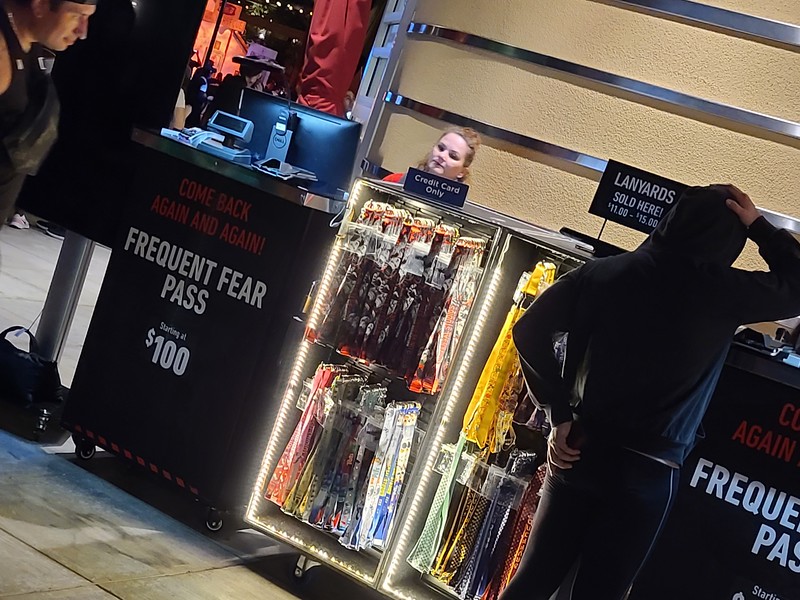 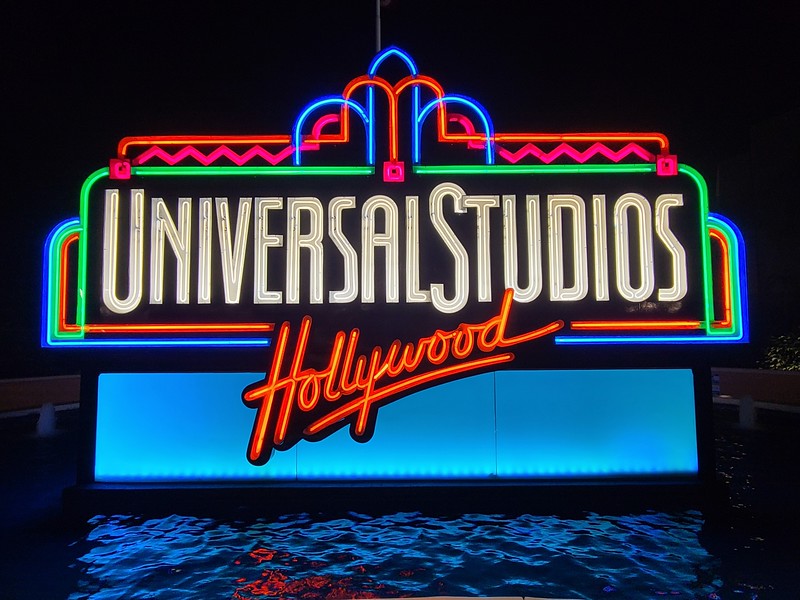