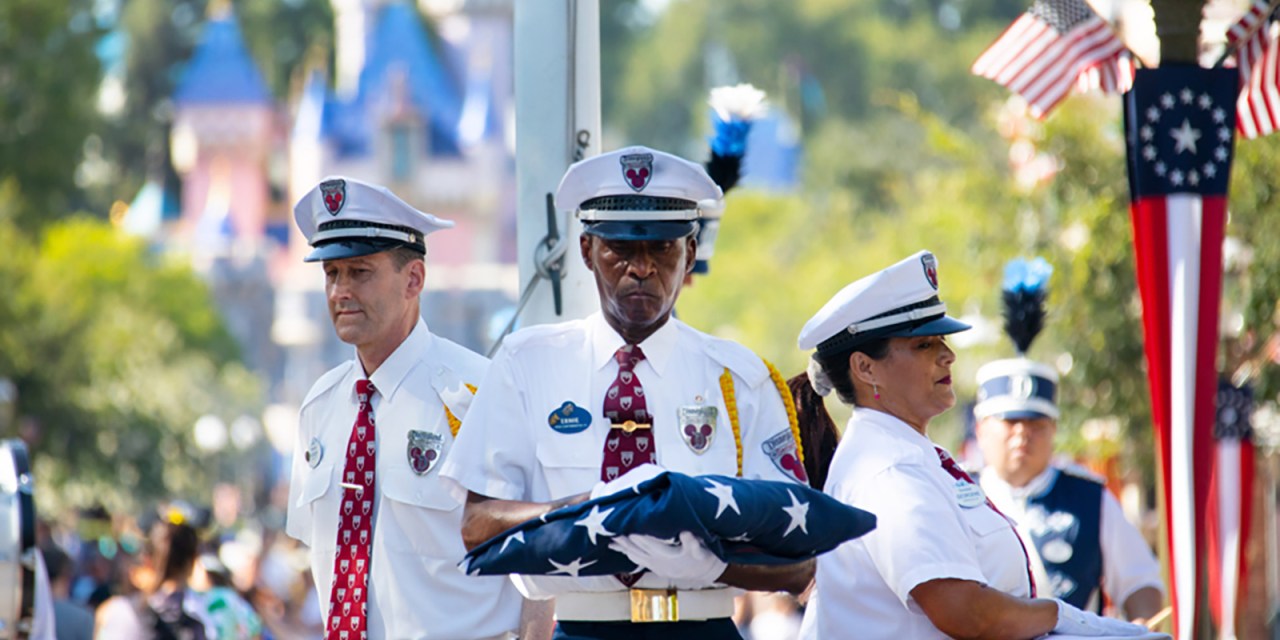 Just in time to celebrate the red, the white, and the blue this weekend, both Disneyland Resort and Walt Disney World Resort have resumed their respective daily flag retreat ceremonies.

The time-honored tradition extends decades at Disney Parks and not only honors Old Glory but also the nation’s active duty military and veterans.

The flag retreat ceremony occurs daily at both iconic Disney parks, so please check with Guest Services or the Times Guide for event timing and leave a comment below if you have a favorite memory from attending this special moment.