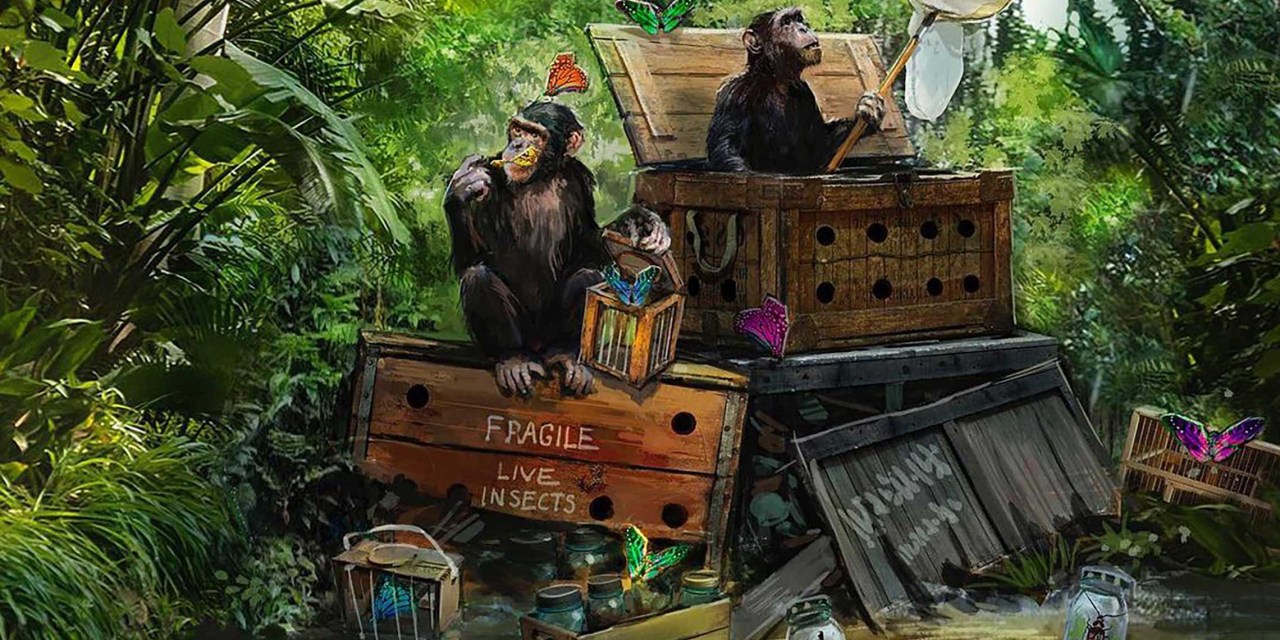 Today on Instagram, Walt Disney Imagineering shared a new image and details about the upcoming high-profile modifications to the classic JUNGLE CRUISE attractions at Disneyland and Magic Kingdom parks in the US.

The biggest reveal was shared by Imagineer Zach Riddley who indicated that the Magic Kingdom attraction would “remain open to guests while our teams update scenes in a phased approach over the next several months.” It’s unclear if this will also be the case for Disneyland but both attractions ARE receiving the enhancements to their respective stories and scenes.

The rolling refurbishment news was shared with an adorable concept image of some new chimpanzees catching butterflies. Aside from being a new scene added near the lost safari rhinoceros scene, it’s notable that the Jungle Cruise surprisingly does not currently feature any chimpanzees!

Disney has already announced a flurry of JUNGLE CRUISE attraction refurbishemnt details which includes new and modified scenes while still maintaining the humor, wildlife and skipper heart to the classic attraction. Candidly, the broader goal was to remove dated and insensitive portrayals of the native inhabitants in the jungle with the aim to celebrate diversity and not poke fun at it.