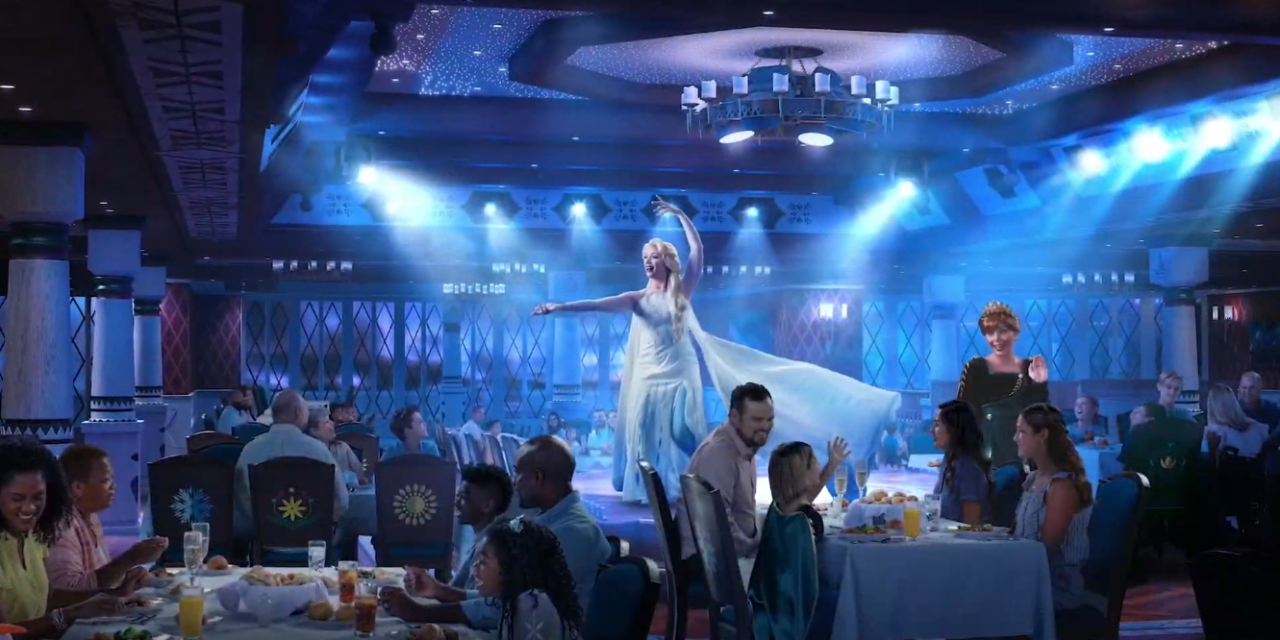 Disney Cruise Line today unleashed a flurry of announcements for its upcoming ship, the Disney Wish including details on the exciting dining opportunities onboard.  Three fantastic family-friendly options celebrating FROZEN, MARVEL and more will be found on board.

Worlds of Marvel is the first-ever Marvel cinematic dining adventure, where guests will play an interactive role in an action-packed Avengers mission that unfolds around them, complete with a worldly menu inspired by the Marvel Cinematic Universe. Worlds of Marvel will feature an original storyline starring fan-favorite Avengers and an infamous foe.

This upscale-restaurant-meets-technology-showcase will up the ante on the traditional “dinner and a show” concept. Outfitted with state-of-the-art Pym Tech and decked out in signature Stark-itecture style, the venue offers surprises in all shapes and sizes, from the tiniest design “Easter eggs” to the larger-than-life story that takes place.

True to its name, Worlds of Marvel will take families on a flavorful tour of the real and fictional settings of the Marvel Cinematic Universe, with dishes inspired by legendary locales like African Wakanda, Eastern European Sokovia and the Avengers’ home base of New York City.

Only on the Disney Wish will families be invited to attend a royal engagement party for Queen Anna and Kristoff, picking up the story where Walt Disney Animation Studios’ “Frozen 2” left off. Elsa and Olaf will host the celebration with catering provided by their friend Oaken’s “Hearty Party Planning Service… and Sauna” and live entertainment by “local” musicians who specialize in Nordic renditions of familiar “Frozen” songs.

Throughout the meal, guests will enjoy live musical performances by these beloved characters and will even get the opportunity to join the festivities with fun table crafts, hilarious sing-alongs and a grand finale that’ll have everyone in the audience on their feet.

Designed in the style of a theater-in-the-round, this purpose-built entertainment venue will feature dining tables situated around a small center stage and all the theatrical bells and whistles needed to bring a story to life in 360-degree glory. Invisible fiber optics embedded in the ceiling will conjure Elsa’s icy magic, and panoramic windows will magically transform from real-time ocean views to the colorful dancing lights of the Aurora Borealis.

Disney Cruise Line is developing brand-new looks for Anna and Kristoff, plus an all-new way to encounter Olaf through true-to-scale, cutting-edge puppetry that can talk and interact with families as they dine, lending his signature humor and charm to the merriment.

The one-of-a-kind menu for Arendelle: A Frozen Dining Adventure combines traditional flavors and ingredients from the Nordic region with modern, family-friendly fare. Guests will delight in this scrumptious smorgasbord of superior seafoods, rustic game dishes and tasty nods to the “Frozen” story. And, last but not least, dessert! It wouldn’t be Queen Anna’s party without plenty of chocolate.

Named for the year The Walt Disney Company was founded, 1923 is an elegant celebration of the company’s legacy, paying homage to the golden age of animation and offering a tasteful tribute to its Californian heritage.

Combining classic Hollywood glamour with a dash of Disney whimsy, 1923 features two lavishly appointed dining rooms, aptly named for the men behind the magic of the original film studio – Walt and Roy Disney. The rooms are adorned with more than 1,000 drawings, props and other tools of the trade, providing an inside look at the evolution of Disney animation from “Snow White and the Seven Dwarfs” to “Frozen 2.”

At 1923, guests will enjoy sophisticated dishes designed with families in mind and inspired by the fusion of cultural flavors found throughout the Golden State. The diverse menu will mirror the region’s unique blend of Asian, European and South American cuisines and will feature local ingredients like fresh produce, wild honey and earthy pistachios. All paired, of course, with a superlative selection of world-famous Napa Valley wines. 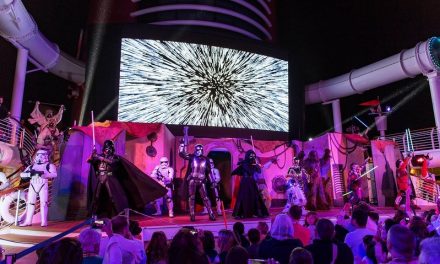