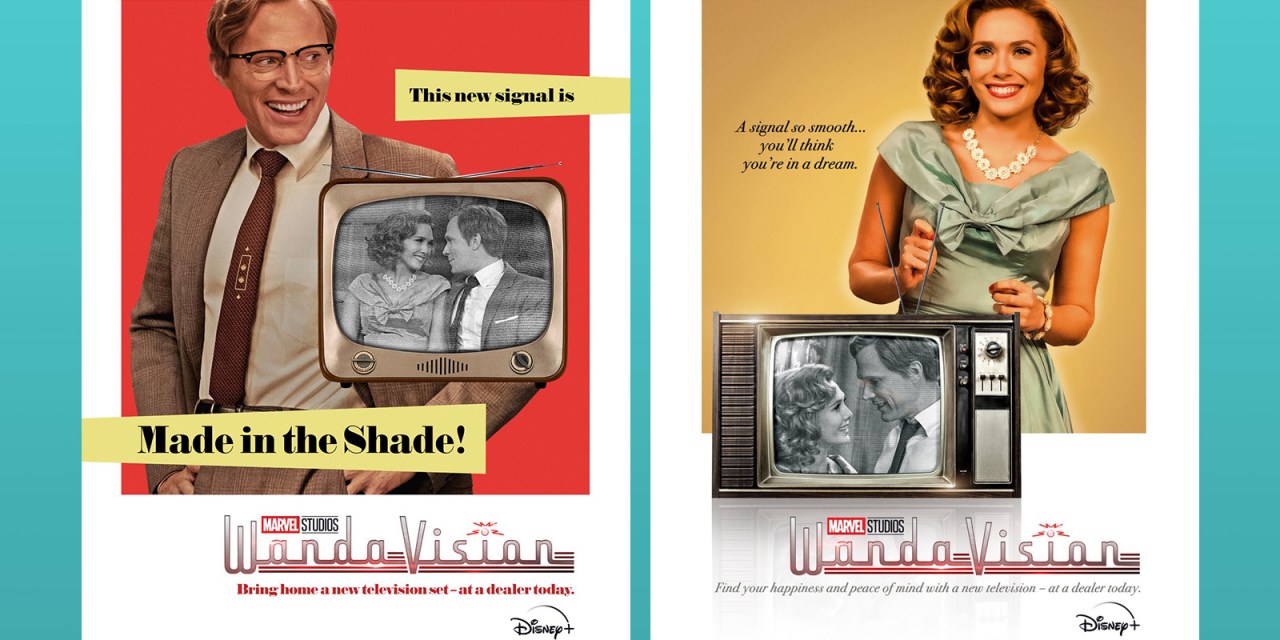 WANDAVISION is finally here and it’s one heck of a romp through time (and memory). Today Marvel Studios released two fabulous posters in retro 50s style to promote the show. Resembling ads to sell televisions, both posters feature messaging with regards to “signal” coming through… but just which signal is trying to reach them?

WANDAVISION is a blend of classic television and the Marvel Cinematic Universe in which Wanda Maximoff and Vision—two super-powered beings living idealized suburban lives—begin to suspect that everything is not as it seems. The series is directed by Matt Shakman with Jac Schaeffer as head writer. Composer is Christophe Beck, and theme (for certain episodes) is by Kristen Anderson-Lopez and Robert Lopez. Featuring nine episodes,