In what may possibly be Unviersal’s worst kept secret, it was officially confirmed today that the new coaster that’s been under construction at Universal’s Islands of Adventure is for the upcoming Jurassic World VelociCoaster which is set for a summer 2021 grand opening.

Universal promises a “new species of roller coaster” via a series of intense maneuvers that will send guests catapulting up to 70 mph and more than 150 feet in the air with the swiftest of prehistoric predators.

Jurassic World VelociCoaster will be the world’s first coaster based on the blockbuster franchise, and will feature an original story that expands upon the thrills, dinosaurs and environments fans have seen on the big screen. Guests will join the original cast of the films – Chris Pratt as Owen Grady, Bryce Dallas Howard as Claire Dearing and BD Wong as Dr. Henry Wu – as Jurassic World unveils the next evolution of its “carnivore expansion”: the VelociCoaster, where riders embark on a high-speed chase and feel the rush of the hunt while racing alongside a nimble Velociraptor pack.

Spanning more than 4,700 feet of track and reaching heights of up to 155 feet, the coaster’s signature maneuvers will have guests twisting and soaring above land, barrel rolling just inches above water, speeding through near-misses and launches within the paddock, and more…with just a lap restraint holding them in place.

Jurassic World VelociCoaster opens at Universal’s Islands of Adventure Summer 2021. An exact opening date has not yet been announced. 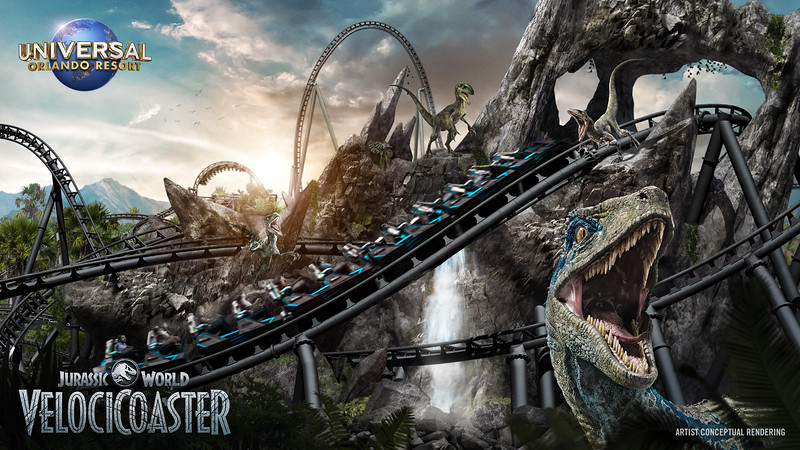 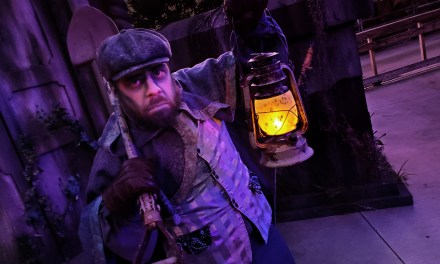