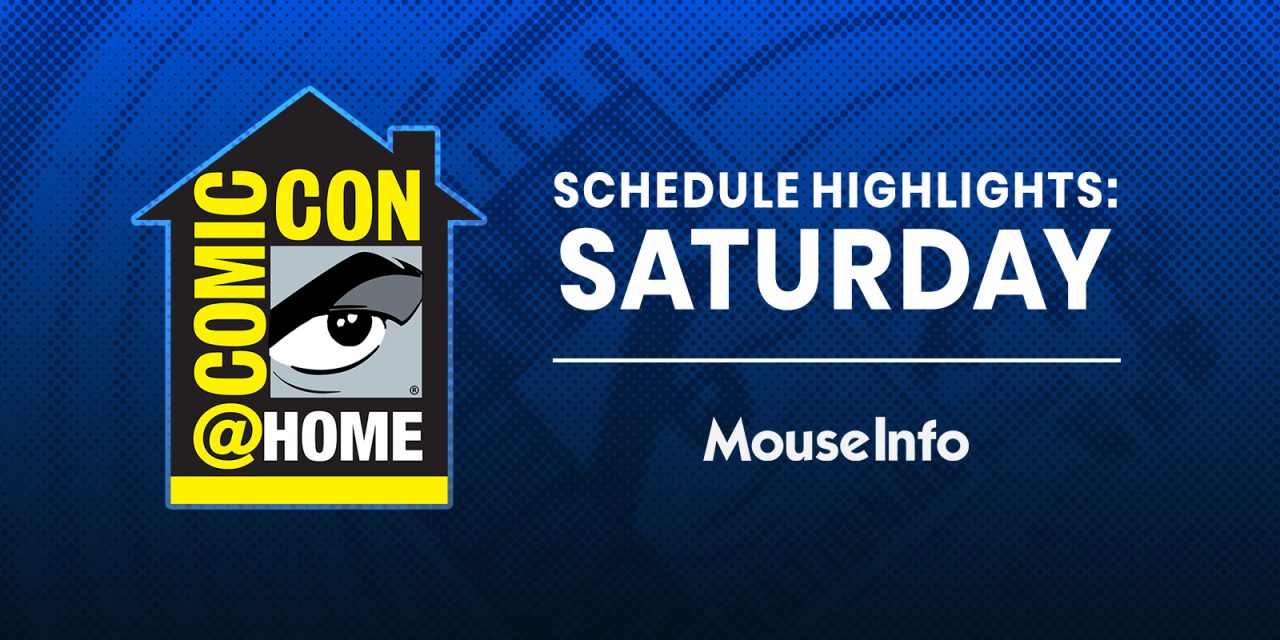 It’s SATURDAY and Comic-Con@Home steams forward as the digital version of the popular San Diego Comic-Con event. We’ve compiled a look at all the panels that fans of Disney and beyond will definitely to check out and it’s completely free, accessible via YouTube!

Making its network debut this fall on FOX, the latest installation in the Cosmos franchise, Cosmos: Possible Worlds, takes audiences on a series of spiritual voyages of exploration revealing previously uncharted realms, including lost worlds and worlds to come, and those that we may one day inhabit in a thrilling future we can still have. Join creator, executive producer, director and writer Ann Druyan; host and acclaimed astrophysicist Neil deGrasse Tyson; executive producer, director and writer Brannon Braga; executive producer Jason Clark; and visual effects supervisor Jeffrey A. Okun for a conversation about what is in store for the next chapter of Cosmos and a behind-the-scenes look into the making of the series. Featuring an introduction by executive producer Seth MacFarlane and exclusive never-before-seen footage, this panel discussion illustrates why Cosmos has remained relevant for the last 40 years.

From Wakanda to Numbani, Writing the Next Generation of Heroes

Disney+’s Phineas and Ferb The Movie: Candace Against the Universe

The Stars and Executive Producers of ABC’s Stumptown

Based on the graphic novel series, Stumptown is returning to ABC for a highly anticipated season two. Stars Cobie Smulders, Jake Johnson, and Michael Ealy will be joined by executive producers Jason Richman, David Bernad, Ruben Fleischer and, graphic novel author Greg Rucka to answer your burning questions and discuss the cliffhangers from last season’s finale plus all the action in store for the upcoming season.

Blast Off with Disney+’s “The Right Stuff”

From Leonardo DiCaprio’s Appian Way and Warner Horizon Scripted Television, Thie Right Stuff is the first scripted Disney+ original series from National Geographic. The series takes a clear-eyed look at the early days of the US space program. The series follows seven of the military’s best pilots become astronauts for the newly-formed NASA at the height of the Cold War. Competing to be the first in space, these ordinary men achieve the extraordinary, inspiring America to turn towards a new horizon of ambition and hope. In this 45-minute panel moderated by former NASA Astronaut Dr. Mae Jemison, you will hear from the cast and crew about making this compelling and cinematically extraordinary series, PLUS an exclusive first look will be revealed!

Cast members Seth MacFarlane, Alex Borstein, Mila Kunis, Seth Green, and executive producers Rich Appel, Alec Sulkin, and Kara Vallow from FOX’s hit animated comedy Family Guy celebrates 350 episodes with a virtual table read! After, they’ll take a look back at some of their favorite moments from the last 18 seasons, plus a special sneak peek at the hilarity and hi-jinx coming up in their 19th season premiering this fall on FOX!

The Fleet Science Center Celebrates: Agents of S.H.I.E.L.D. – The Stories and Science of Androids, Space Travel and Aliens 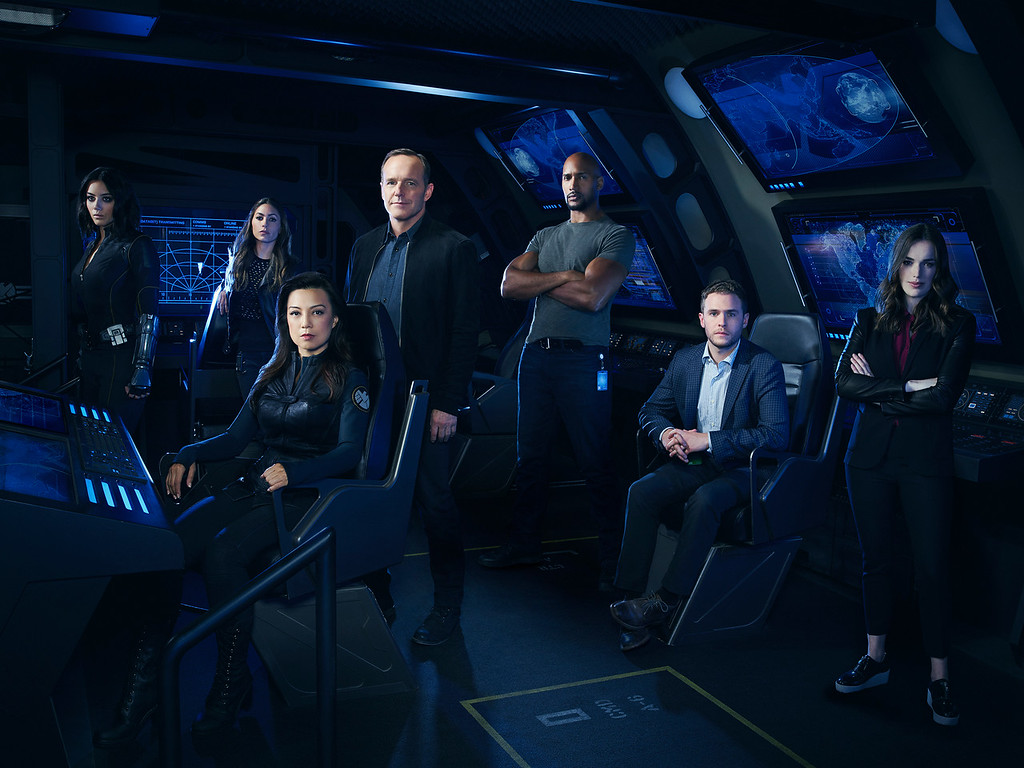 For decades, Daffy Duck was the only black actor getting any consistent work in Hollywood. Hiring practices that even Daffy would describe as, “Deth-picable!” Oh sure, we all MARVEL’d at “Black Panther” (the movie), but what has Hollywood done to promote diversity lately? Check out what Black developers of content have to say on this issue. Will Hollywood ever truly recognize that Black Productions Matter! We can’t go black to the future–until we RISE UP out of the past? It’s time to get real A.F.! Roll call! Panelists include Erika Alexander (Living Single), Tim Russ (Star Trek: Voyager), Denys Cowan (The Boondocks), Kevin Grevioux (Underworld), professor Ajani Brown (San Diego State University), and Rico Anderson (The Orville). Moderated by Jimmy Diggs (Star Trek: Voyager). 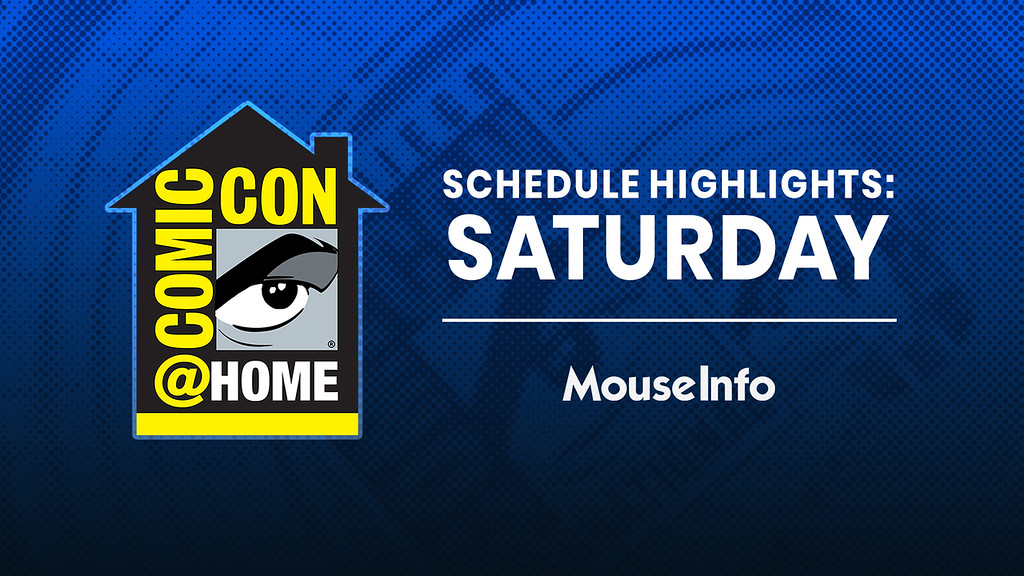 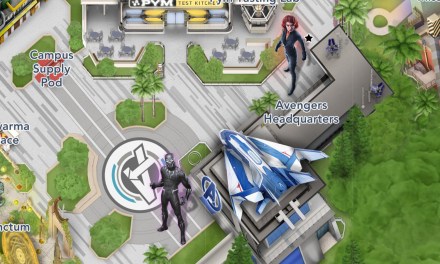