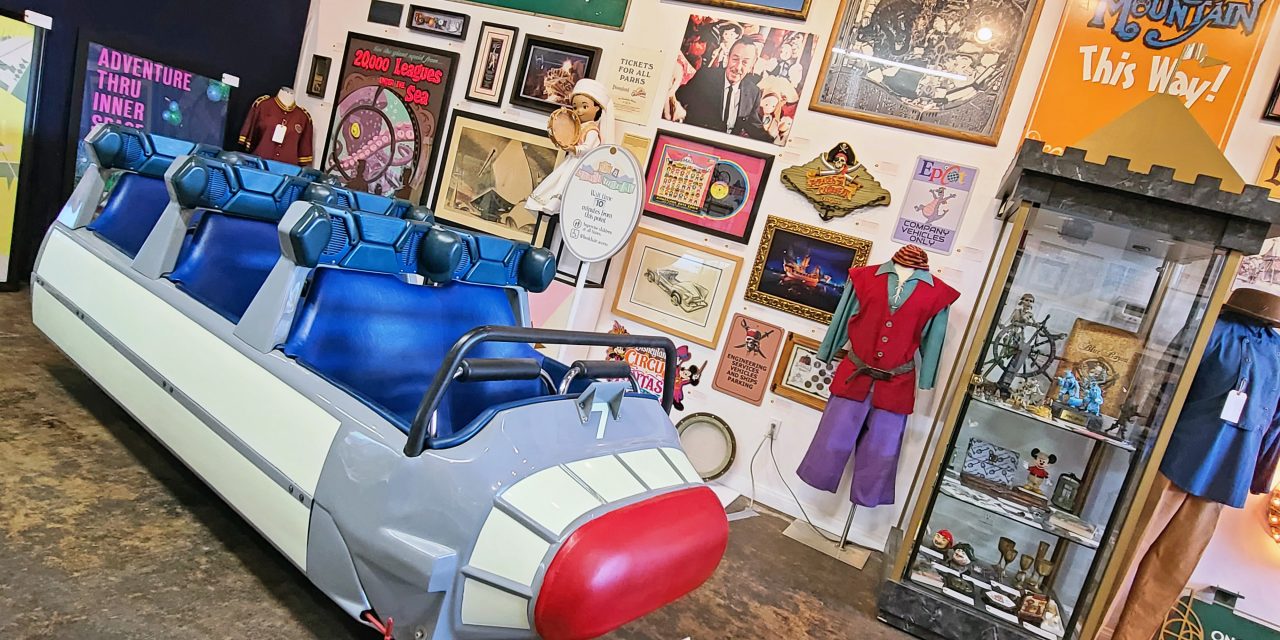 DISNEYLAND: THE FIRST 65 YEARS exhibit is now open ahead of the massive Van Eaton Galleries auction that will be taking place on August 15 and 16. Now open for public exhibition (by reservation only) you can get up close looks at the items up on the auction block that span from 1954 to the present covering a wide range of Disneyland history as well as Walt Disney World, Disneyland Paris, Disneyland Tokyo and Hong Kong Disneyland.

While the exhibit is pretty small, it only holds approximately 200 pieces of the more than 1,100 piece collection, it’s still a wonderful trip down memory lane and a personal look back at the Happiest Place on Earth and its global sister parks.

Our coverage below for the Disneyland: The First 65 Years at the Van Eaton Galleries includes some of the highlights and details to expect. ENJOY! 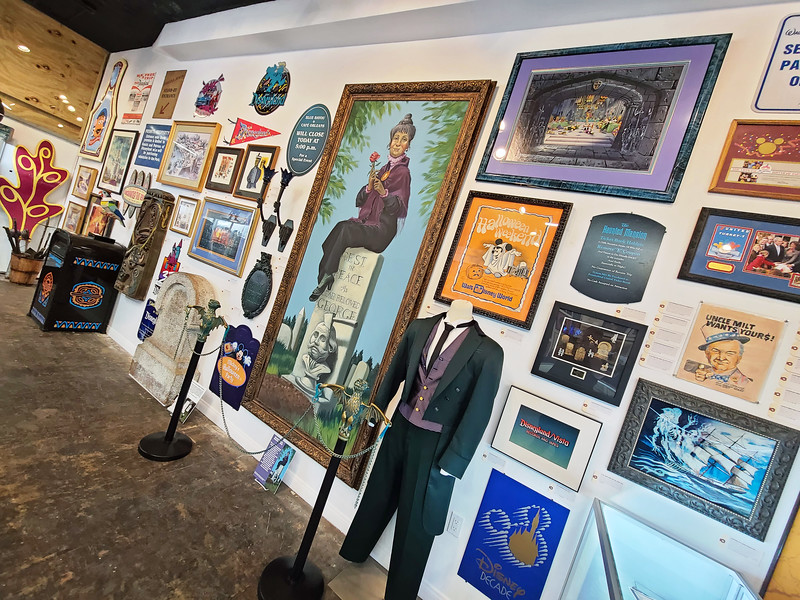 This original Space Mountain ride vehicle from Disneyland is estimated to sell for upwards of $40,000-$60,000. The previous owner rewired the speakers so that they could actually play the attraction’s soundtrack. The seats themselves were also re-done with a more comfy padding… for those longer extra terrestrial galactic adventures. 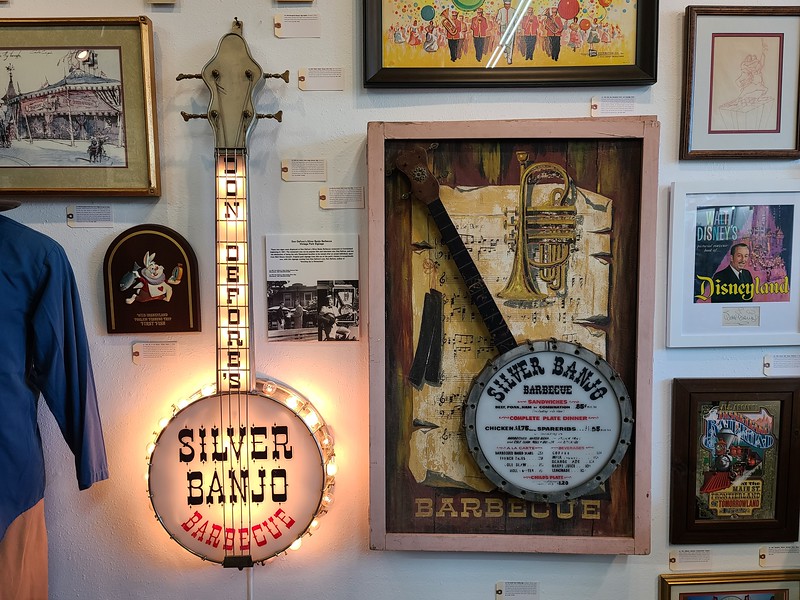 An unusual item in the auction is a very rare sign for Don DeFore’s original Silver Banjo Barbeque. DeFore was a famous actor in the 1950s and 1960s and was a close friend of Walt’s. He opened a restaurant called Don DeFore’s Silver Banjo Barbeque and it was the only place in Disneyland that had the name of a living person on it other than Walt Disney. Estimated to sell for $60,000-$80,000.

Trash cans are always a fun and funny collectible for Disney fans. You can expect these to go for upwards of $800-1200 each.

Signage and even chairs are simple ways fans can get a small piece of the magic in their homes.

Not all of the pieces in the collection are necessarily park-used elements. This Barker Bird figure for instance is a masterful replica created by Kevin Kidney and Jody Daily. Made from the original molds of Imagineer Blaine Gibson’s model from the early 1960s, the figure is expected to go from $300-$500.

This complete set of Disneyland’s Main Street USA figures by Robert Olszewski is expected to fetch anywhere between $15,000 – $20,000. 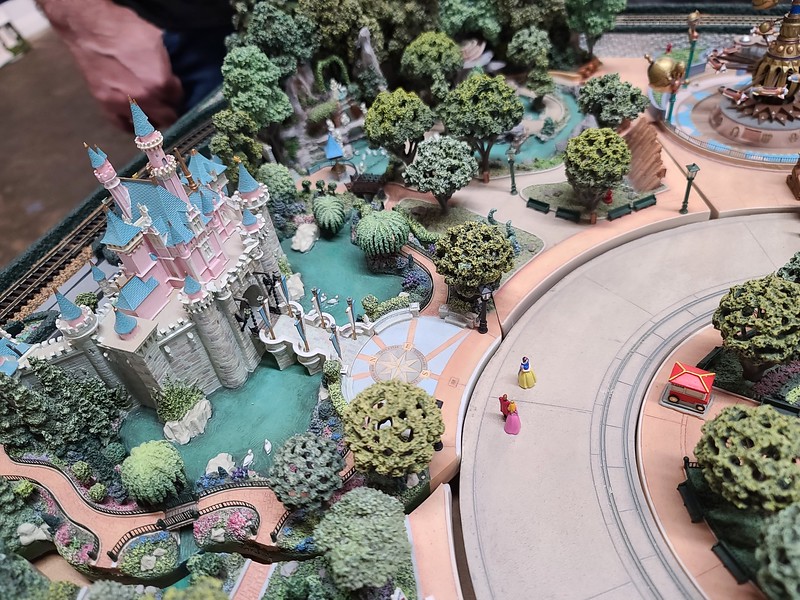 This might be one of the nerdiest and coolest pieces on display at the exhibit. It’s the Epcot Pre-Opening Book that was prepared for Jimmy Carter and it’s expected to fetch between $2,000-$4,000.

A custom-made presentation book prepared for President Jimmy Carter in 1977. This book gave President Carter and his administration an overview of what was considered the most important and largest project undertaken by Walt Disney Productions. By the early 1970s, the vision for Walt Disney’s Experimental Prototype Community of Tomorrow had evolved from a community of people into a community of ideas and communication.

This idea was comprised of two unique experiences, Future World and The World Showcase. This 50-page presentation book begins with a hand-singed letter to President Carter from Card Walker, President and CEO of Walt Disney Productions. Through color photos and reproductions of conceptual artwork, it showcases Walt Disney World as it existed in 1977, and the master plan for the future, which included Epcot, a Lake Buena Vista recreational community, and a shopping village. The book explores each and every aspect planned for Future World, including Spaceship Earth, The Seas Pavilion, The Land Pavilion, The Energy Pavilion, The Transportation Pavilion, The Life And Health Pavilion, The Space Pavilion, and Communicore.

The book further explores the World Showcase, beginning with The American Adventure and the Community of Nations. The final pages of the book showcase Disney’s technological advances including the use of solar power, modular construction, transportation technology, and environmental awareness. The entire book measures 17″x11″ and 2″ thick, and features a faux padded leather cover with gold debossed lettering. The book is in very good condition overall, with dents and scuffing to the cover from storage and use. The book offers an amazing and unique look inside the plans and ideas for what would become Epcot.

The book is almost exclusively made up of concept renderings and photos but is absolutely priceless for fans of EPCOT and vintage Disney.

This next piece is obviously a little controversial considering the recent discussions surrounding the origins of Splash Mountain but the item itself is a super fascinating look into the business side of Disney Imagineering and how Disney pitched sponsorship of the then-upcoming attraction to McDonald’s. This amazing hand-made book is expected to go for $1,000-$2,000.

Splash Mountain One-of-a-kind Sponsorship Pitch Book. (Disneyland, 1985) An incredible one-of-a-kind sponsorship pitch book for “Brer Rabbit’s Splash Mountain.” Imagineer Tony Baxter conceived of the attraction in the summer of 1983, as a way to attract guests to the often empty Bear Country area of Disneyland. Baxter and his team developed the concept of Zip-a-Dee River Run, which would incorporate scenes from Song of the South.

The name was later changed to Splash Mountain after then CEO Michael Eisner’s suggestion that the attraction be used to help market the 1984 film Splash. As the project progressed, and budgets expanded, the park searched for a corporate sponsor to help alleviate the rising costs. This hand-constructed pitch book was specially created in 1985 for Peter Nelson, the head of domestic marketing at McDonald’s. The book was created a full two years before construction on the ride would begin, and 4 years before the attraction’s opening. The 11.5″x15.5″ multi-ring binder has a vinyl cover with an applied hand painted title that is enhanced with trimmed and applied photographic images of Brer Rabbit, and Brer Frog.

Gold lettering at the bottom of the cover reads “Prepared for Pete Nelson, October 10th, 1985.” The interior contains (11) double-sided pages and one single sided page. Using photographic reproductions of early concept art as well as McDonalds themed concept pieces, the pitch explains the benefits of sponsorship at both Disneyland and Walt Disney World, as well as an overview of the attraction. Several pages include hand-painted and custom elements that enhance the printed elements. The book comes in a fitted hard sleeve, and is in fine condition with only minor wear and scuffing. This is an incredible look at the early development of one of the most popular attractions at the park, and a one-of-a-kind archive of the history and creation of Splash Mountain. 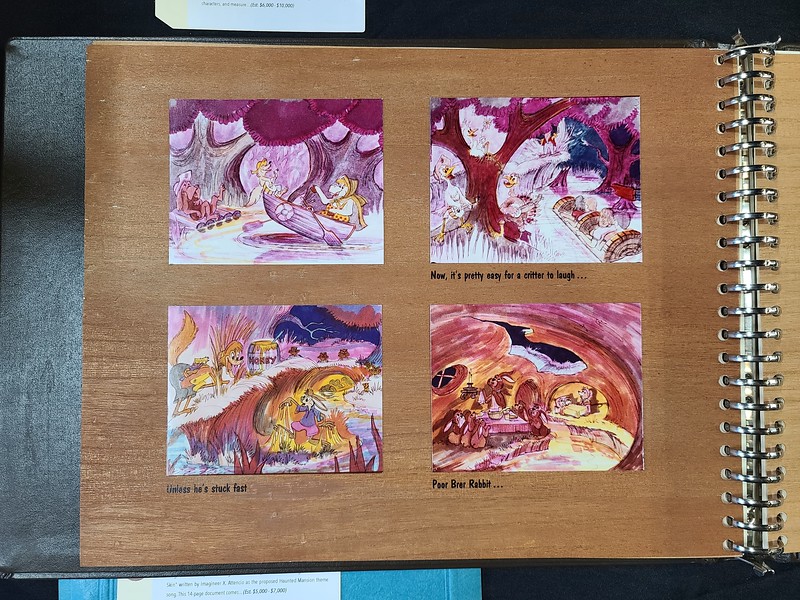 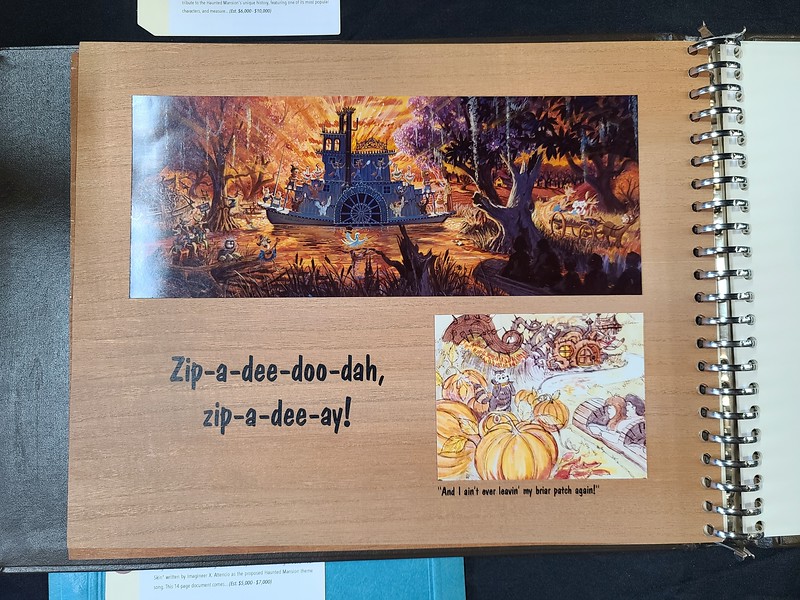 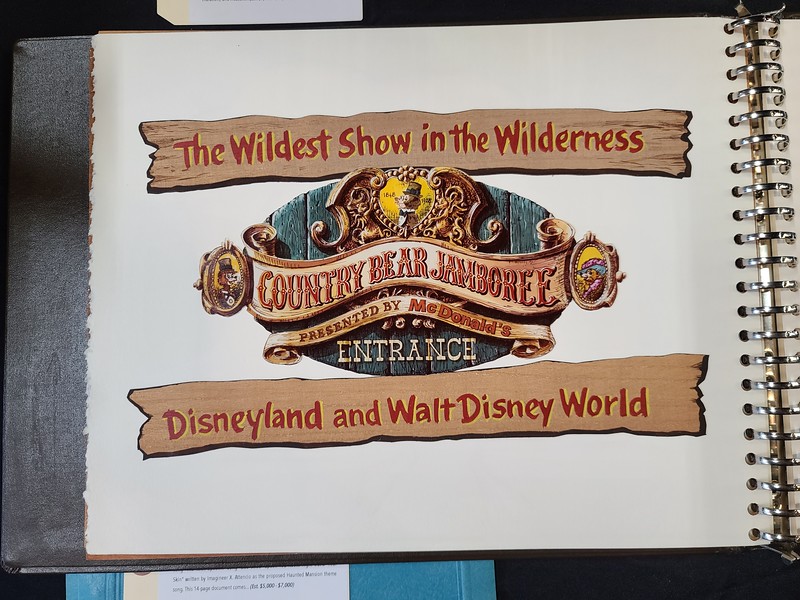 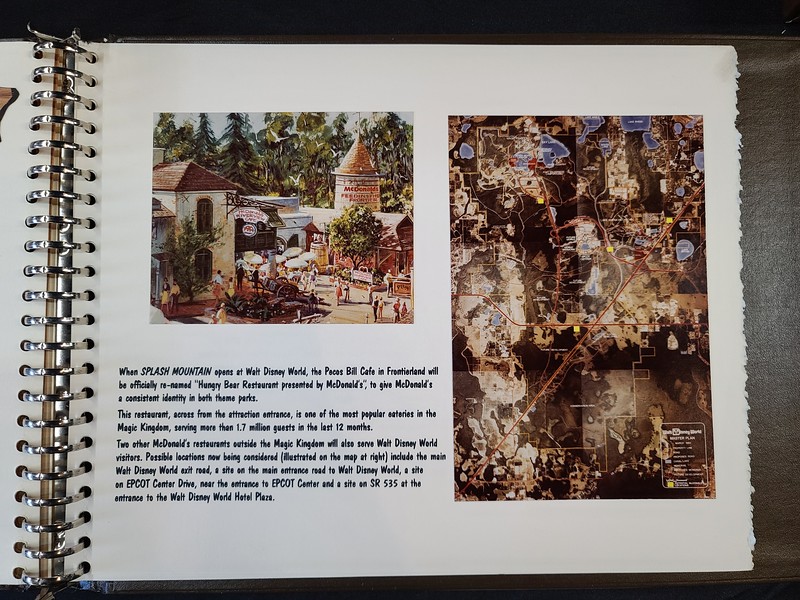 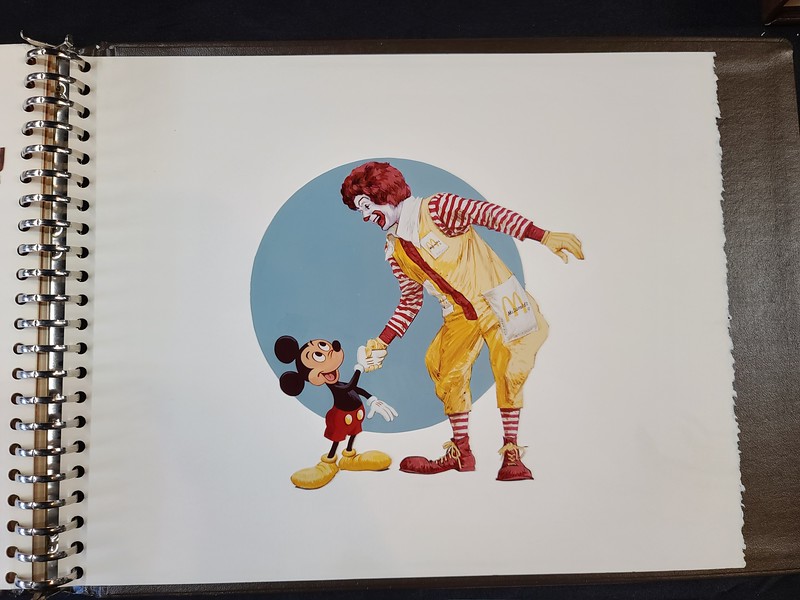 An extremely rare original script for the Haunted Mansion. The script was created nearly a full year before the attraction opened, and features significant differences to the story from what would debut on the attraction’s opening day. This scarce draft provides the Ghost Host’s narration and descriptions of scenes for the entire attraction, as proposed in 1968. Of particular note is the song “The Kook Spookin’ Song” also titled “Spook You Kooks Right Out’a’ Your Skin” written by Imagineer X. Attencio as the proposed Haunted Mansion theme song.

This 14-page document comes in a blue WED Imagineering file folder that reads “The Haunted Mansion Working Script Nov. 13, 1968″ on the front label. Measuring 11.5″x9”, the script is in very good condition with some yellowing to the cover from age.

Instantly recognizable from the Haunted Mansion attraction, you don’t really get a true sense of the size of the portrait gallery paintings until you see them eye level. Normally, you are feet below this painting as it progressively stretches taller and taller so to be able to be so close that you can touch it, you gain a new sense of appreciation for the artwork. It’s expected that this piece could pull in $150,000.

While DISNEYLAND: THE FIRST 65 YEARS at the Van Eaton Galleries features more than 1,100 pieces, the public exhibit contains just 200 pieces. Below are some looks at the vaious other items that caught our eye. 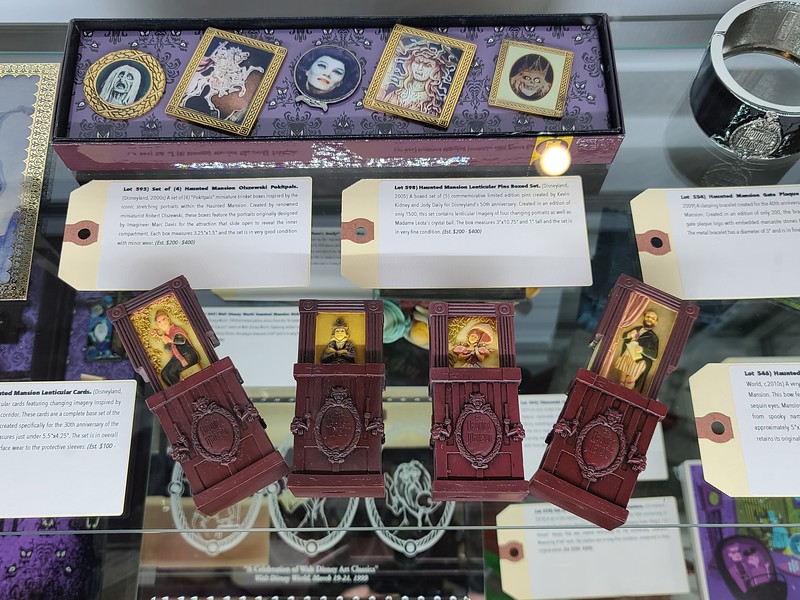 A Walt Disney-signed Disneyland Guidebook is crème de la crème for a Disney Parks fan. This piece is expected to go for $4,000-$6,000. 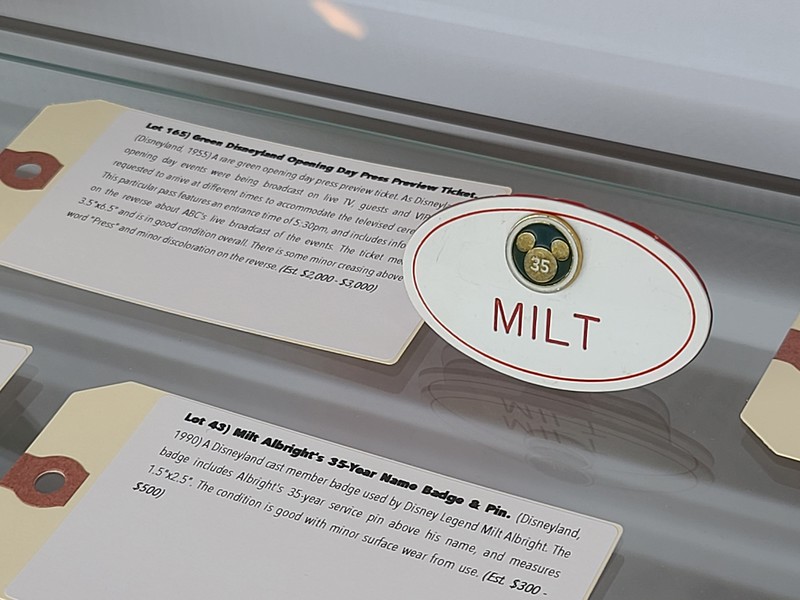 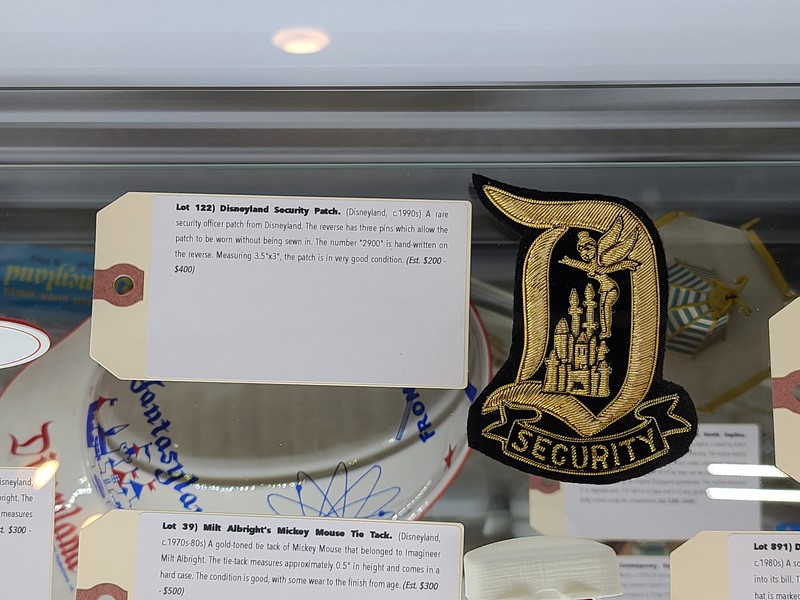 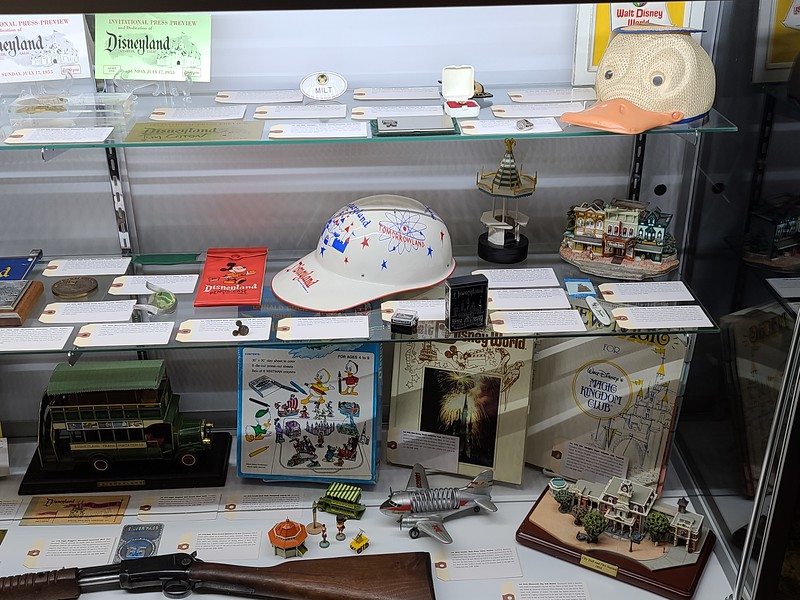 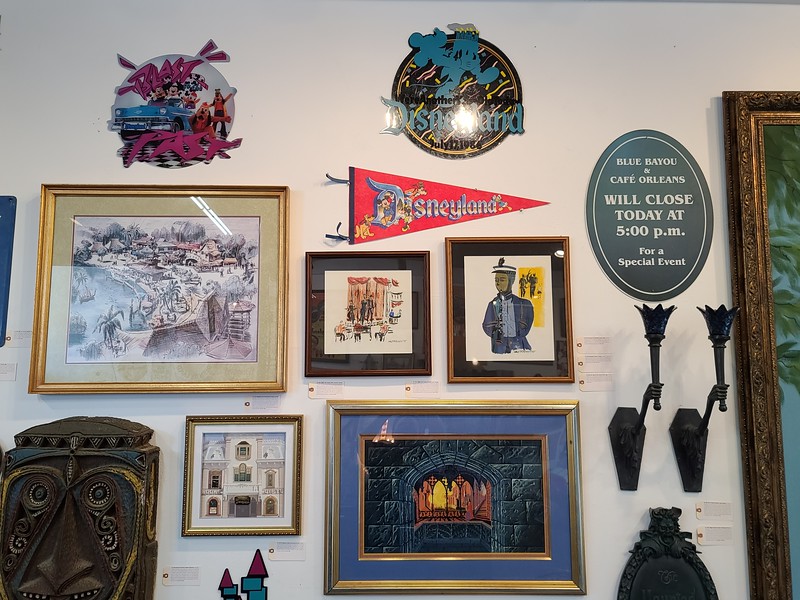 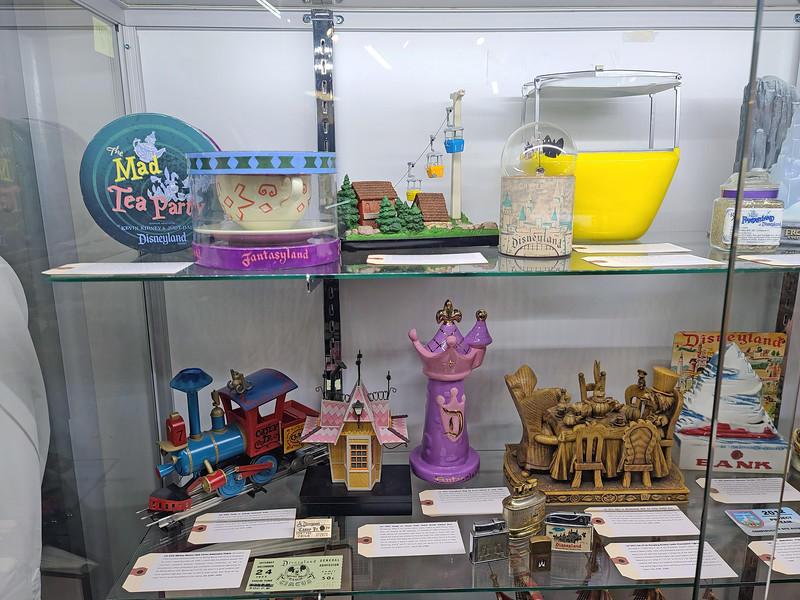 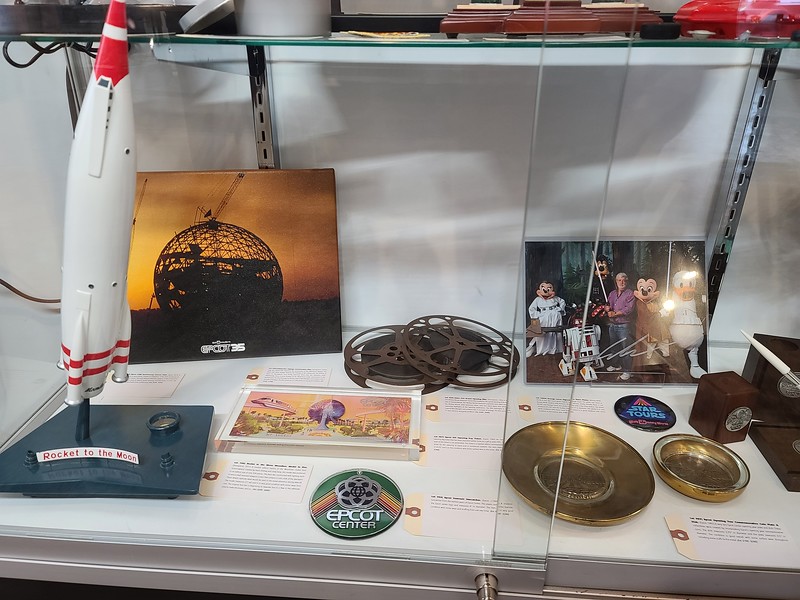 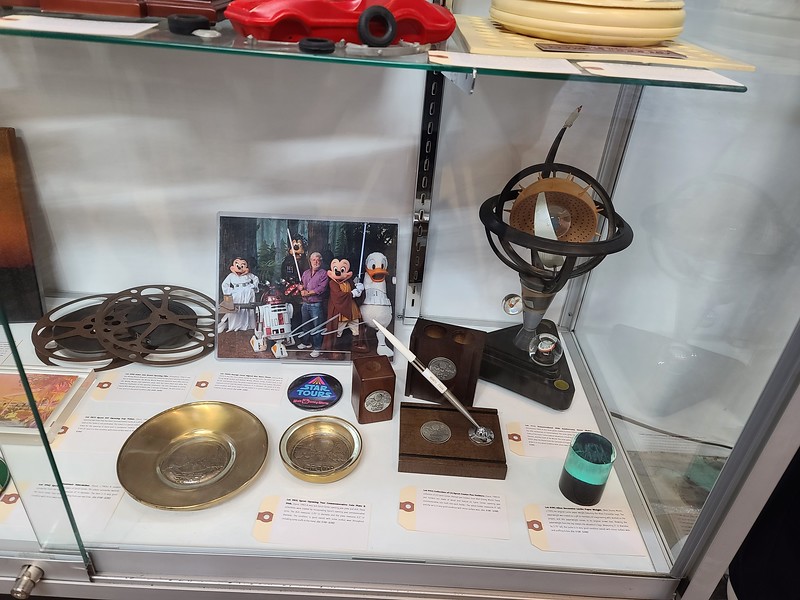 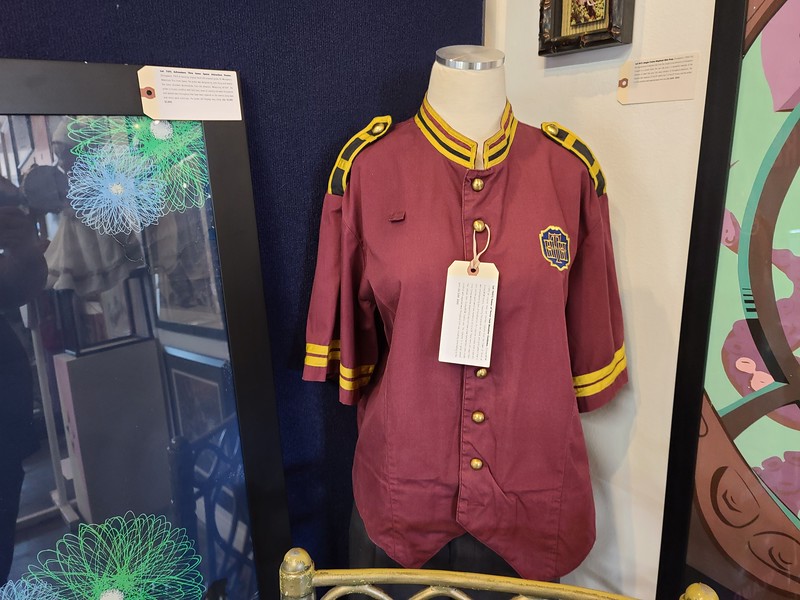 “Club 54” California License Plate is a fun one, expected to bring in $400-$600 this piece of Disneyland history was owned by Disney Legend Milt Albright. He was one of the earliest Disneyland employees hired in 1954, this plate is a play on the well-known Club 55, for employees hired during the first year of the park’s operation. The unused California license plate comes in its original DMV envelope with a few hand-written notes on it. Measuring 6″x12″, the license plate is in very fine condition.

More About the Collection

Several iconic pieces in the collection date back to 1954, a full year before Disneyland opened. The collection also includes ephemera, stage-worn articles, artwork, programs, souvenirs, and more. Some of the piece you might have seen in the pictures above that we didn’t call out include… 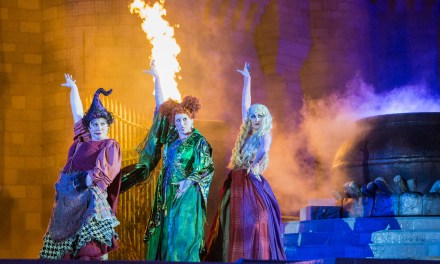 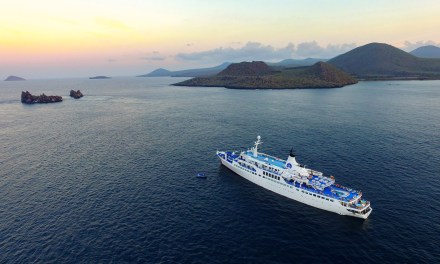