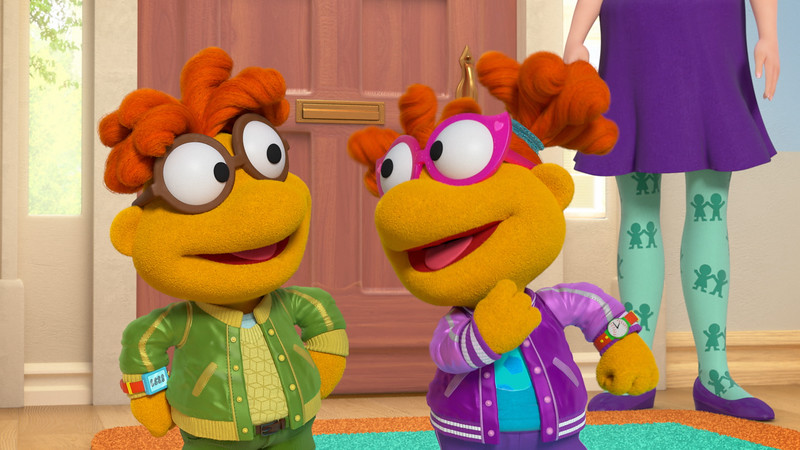 Sadly missing from the lineup of the reboot of MUPPET BABIES were twin siblings Scooter and Skeeter (fan favorites from the original MUPPET BABIES) but that will soon be changing when they make a cameo debut FRIDAY, MAY 22 (8:30 a.m. EDT/PDT) on Disney Channel and DisneyNOW.

Since the show’s debut in 2018, a photo of Scooter and Skeeter were only present via a photo hanging on the wall. Alas we now will be able to see the pair together in the nursery!

Both 11-minute stories in the all-new episode will feature Skeeter and Scooter:

Tom Warburton (“Codename: Kids Next Door”) is executive producer, Matt Danner (“Gravity Falls”) is co-executive producer and supervising director, Chris Moreno (“Xiaolin Chronicles”) is co-producer and art director, and Robyn Brown (“WellieWishers”) is story editor. The series is a production of Zamodo, LLC, a.k.a. Oddbot Inc., in association with Disney Junior and The Muppets Studio.