FROZEN 2 isn’t finished with its theatrical run and starting next week, it’s doubling down for another bout of Frozen fever when Walt Disney Animation Studios unleashes FROZEN 2 Special Sing-Along Engagement. Tickets are on sale now at Fandango.com/Frozen2SingAlong

In “Frozen 2,” she must hope they are enough. The film comes to us from the Academy Award®-winning team—directors Jennifer Lee and Chris Buck, and producer Peter Del Vecho—and featuring the voices of Idina Menzel, Kristen Bell, Jonathan Groff and Josh Gad, and the music of Oscar®-winning songwriters Kristen Anderson-Lopez and Robert Lopez.

FROZEN 2 is now playing in theaters. 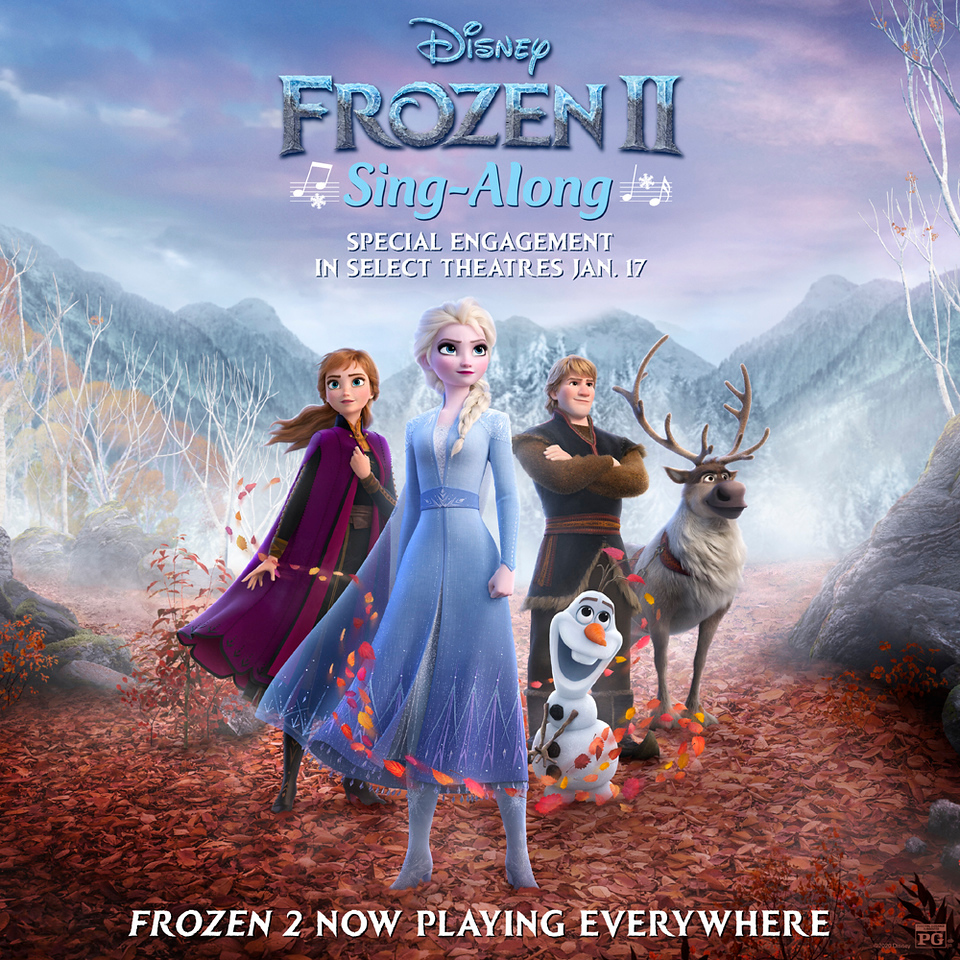