STAR WARS: THE RISE OF SKYWALKER is is here and that means Disney Parks are also joining the adventure with an update to the STAR TOURS: THE ADVENTURES CONTINUE attraction. As fans start pouring out of theatres after seeing the new movie, they’ll now be able to followup the fun with voyagers to the ocean moon Kef Bir as seen in the high-action finale to the Skywalker Saga!

Today, we also learned that a special face from the past will be joining us for this adventure as we get a hologram transmission from none other than Lando Calrissian, himself! This latest addition joins the line up of previous cinematic additions from previous movies including Jakku, Crait and even Batuu!

The last surprise we have today is the new poster released for the attraction reliving the iconic final act square off between Light and Dark.

Plus, today at a press event, Disney Imagineering Creative Executive Tom Fitzgerald confirmed that once Star Tours returns to normal operation with randomized destination sequences (date TBD), Jakku will be updated to include Rey. New footage was filmed with Daisy Ridley and will appear on the side screen panel. 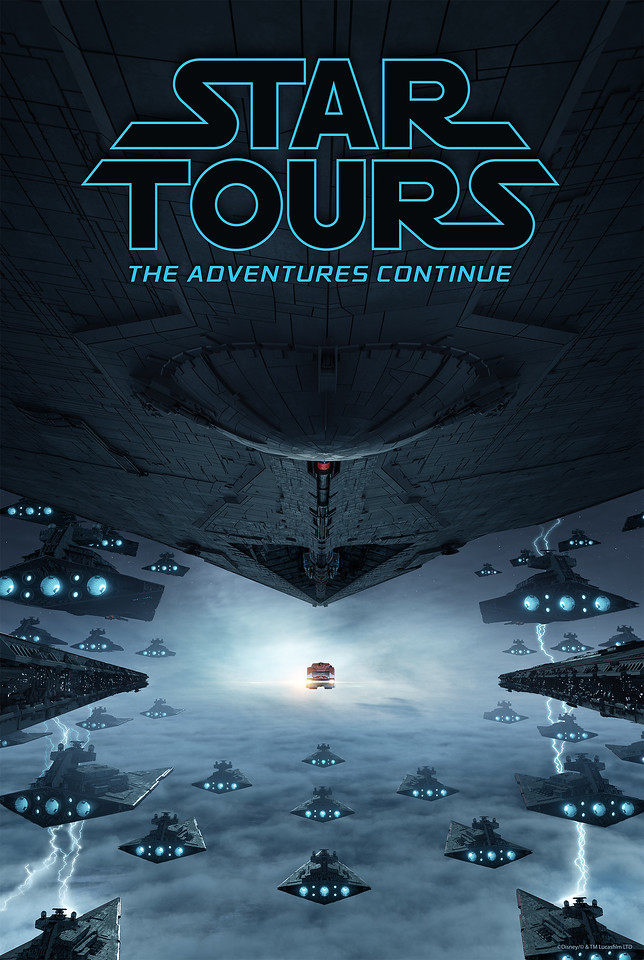 STAR WARS: THE RISE OF SKYWALKER is now playing in theaters and the updates at STAR TOURS — THE ADVENTURES CONTINUE launch on the same day.