ALADDIN is ready to take you over, under, and sideways in your own home with the home release of the live-action adaptation of the original animated classic. Although we were hoping for a Cave of Wonders to explore with the bonus materials and found no such offering, we did find some tempting treasures to enjoy.

Feature length documentaries are bread and butter for a good home release so we were hoping for not just bread and butter but maybe a little jam — yam jam, fig jam, date jam — but we unfortunately didn’t quite score such a sweet bounty. Still, there’s some notable diamonds in the rough.

ALADDIN’S VIDEO JOURNAL: A NEW FANTASTIC POINT OF VIEW is definitely not a feature I was expecting to be of any interest but the nearly 11-minute piece turned out to be my favorite of the lot! Told mostly from the perspective of Mena Massoud (you know, the guy who plays Aladdin) the videos are shot mostly selfie-style and mixed with other footage. We get a look at essentially his entire journey during production on the film. What we didn’t get in the official featurettes we see so much of in his candid behind the scenes videos; green-screen, magic carpet rigs, the incredibly massive palace sets that were actually practically built and not CG, so much great stuff to take in here. If you’re a fan of this movie this piece is probably worth the entire price of admission. So that leaves the rest of the features as icing on the cake or, if you’ll allow, the jam on the bread.

“SPEECHLESS”: CREATING A NEW SONG FOR JASMINE is a great look into the original new song created for Naomi Scott to sing. We hear from cast and crew including Alan Menken (composer), Justin Paul (Co-lyricist) and Benj Pasek (Co-lyricist) taking a single almost throw-away line from Jafar in the animated film to turn it into this power ballad for the character.

GUY RITCHIE: A CINEMATIC GENIE was surprising at first as I mistook the name to be a featurette about Will Smith and the iconic blue character he creates. Instead, this just under 6-minute piece is about the overall process of making the movie with director Guy Ritchie. Cast and crew gush about the filmmaker. Perhaps the most amazing part though was his production TRAILER. That is one SWEET ride, you’d almost have expected its interiors to have come from the glittery magical finger tips of the Genie himself.

A FRIEND LIKE GENIE is actually what I thought I was getting in the previous featurette going behind the scenes with Will Smith re-inventing one of Disney’s most iconic characters. I wish there’d been more detail into the mechanics and and logistics into turning the comedic actor and singer into the blue monolith but the fun puff piece does tease some of it out in quick bursts. We see Smith in various states of production from his normal live-action self in various scenes and then others where he dons the grey motion capture suit. We also get quick looks at making his blue completely CG self a reality. Considering how much CG is in the film, it should come as no surprise that at no point in the making of the film was Smith ever physically painted blue.

DELETED SONG: “DESERT MOON” features an introduction to this clip talking about a sequence that seems like it was cut pretty late into production. Many elements of post-production are clearly completed here but final passes and refining shots were not applied on scenes where we see a plastic-y Raja and some night scenes that lacked contrast and finesse. The song itself is a nice slow touch that perhaps could have worked in context with tighter editing. Still, its pace is perhaps the biggest reason for its elimination. But this song wasn’t the only thing deleted from the movie.

DELETED SCENES are also included here. It’s interesting getting insights into the broader film that director Guy Ritchie had envisioned. Presented in various states of completion, some with just rough “draw-overs” such as Abu on Aladdin’s shoulder give idea of placements for CG. We don’t get any commentary or introductions into the scenes or why they were removed but most are really just extensions of existing footage shown in the in the final product. Scenes included here are titled: Falling Petals Into OJ, Jafar’s Magic Orrery, Anders’ Gift, Wrong Wishes (I wish this one hadn’t been cut), Silly Old Fool (gives a tiny bit more to Hakim making his presence in the final act slightly less random than it came across in the finished picture), and Post Yam Jam Debrief.

BLOOPERS are always a fun one especially in period/fantasy films — seeing that illusion of the time and place shattered by forgotten lines or technical difficulties. Somehow, you get the sense that there’s a lot more that Disney is not sharing. These always feel much too short.

Overall, I felt like there was A LOT more that could have been explored with the production of this film from the music to the sets and costumes, its such a visually and tonally rich film that it’s surprising how much was left un-bottled or, I guess un-lamped? 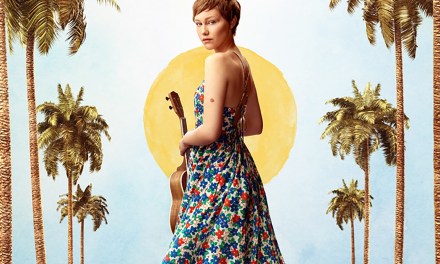