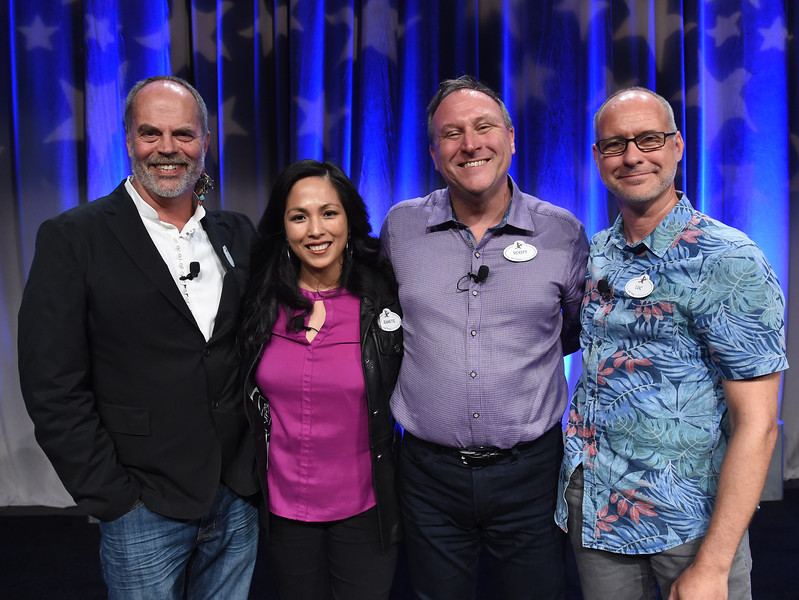 Fan-favorite Imagineer Joe Rohde moderated a fantastic panel at the D23 Expo talking about what it takes to bring to life the truly impressive and immersive worlds of the Disney Parks. he was joined by fellow Imagineers Scott Trowbridge, Jeanette Lomboy, and Luc Mayrand.

For several decades, Disney Imagineers have continued Walt Disney’s own legacy by creating themed environments where beloved stories and characters come to life and during the panel we got some small insights into the creative process behind dreaming up and developing new Disney experiences. Whether it’s from a book, or a movie, or something completely new Disney Imagineering has realized the impossible and this panel gave some fascinating peeks into the process.

FULL VIDEO will be available soon but for now enjoy our Live Tweets from the panel on Saturday. Below are a few highlights that caught our ears.

First and foremost, one of the most important elements to begin crafting a new themed environment has nothing to do with the world itself, at least not at first. As Trowbridge expanded, it’s the audience. Even though Disney Parks are visual and experiential mediums of telling a story, the core essence remains the same as it would for a book or painting and you have to understand the audience to whom you’re speaking.

The audience is the starting point. Without understanding the audience — their expectations, they’re understanding, their world and background — you can’t begin to know how to successfully tell them a story. It’s from an audience’s eyes that the story must be crafted otherwise you’re creating a lavish set of elements that may provide no connection to the people who enter the space.

Maynard echoed the sentiment yet also found that sometimes there’s a certain universality to just having fun and enjoying a good experience. For instance, when creating Treasure Cove for Shanghai Disney, they were armed with a bunch of warnings about the guests that would come to the park; they would not want to get wet, do physically difficult challenges, and they would have trouble immersing themselves into fantastical worlds. Fast forward to today where a second canoe is being built to expand capacity and the water play areas are as popular as in any other park around the world. As far as immersion, they found audiences not only did not have trouble getting involved in the stories but that often times they would research AHEAD OF TIME how to interact with things like the Pirates of the Caribbean stunt show so that on their first viewings they could cheer along and interact appropriately with the show.

It just goes to show that even being well prepared with tons and tons of research, there’s more of an art than a science to what the talented people do at Walt Disney Imagineering. It’s easy to be an armchair Imagineer and suggest woulda, coulda, shoulda once something has opened but the amount of care, research, and thought that goes into creating these worlds is far from just making arbitrary decisions. 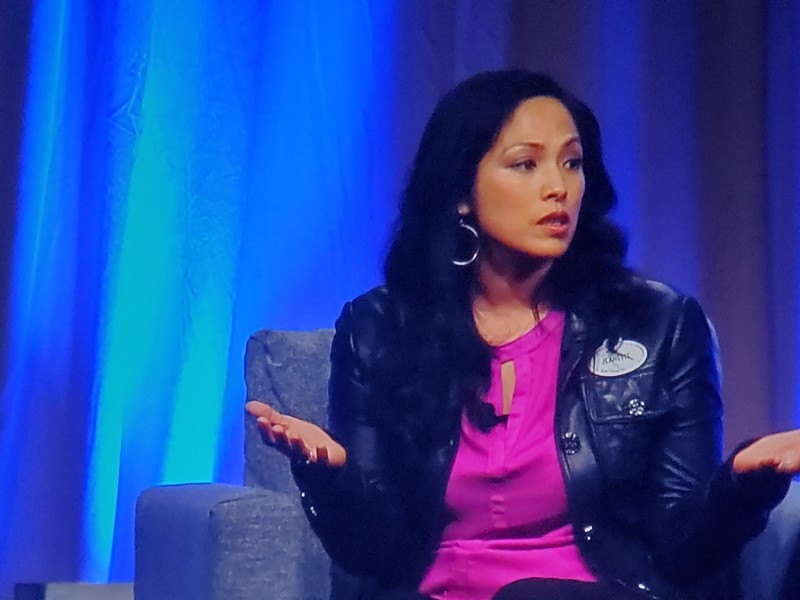 Lomboy’s experience was just as challenging although slightly different. Instead of worrying about creating worlds of Pirates or Space rogues, she was on the team responsible for bringing Disney’s Aulani resort in Hawaii to life. They were not creating a replica of a Hawaiian village but rather a hotel destination intended to be an exotic escape informed by the past but looking towards the future.

The challenge for Aulani was perhaps even more nuanced there because whereas you might be able to cheat elements with creating worlds of fiction, there’s less wiggle room to do so with something like Aulani. At best you’ll be called out for a lack of authenticity and at worst offend you could people to whom these details are cultural heritage. So the amount of careful planning and respect for the property is another interesting layer to consider.

She also shared an interesting unintended consequence of striving to create an authentic Hawaiian escape. Well along into the process of curating all the custom new artwork for the hotel (created by largely by local Hawaiian artisans), she was informed that Aulani actually had the largest collection of contemporary Hawaiian art in the entire world — an unintended side effect that she mused the marketing teams were all too happy to seize upon.

Although we didn’t know it during the panel, Rohde is currently undertaking a lot of the same challenges Lomboy faced with Aulani with news that broke the following day for Disney’s new Lighthouse Point at the island of Eleuthra. Disney’s second privately-owned island in the Bahamas will become a new destination for voyagers of the Disney Cruise Line and he shared some of the lengths that Disney is aiming for with bringing a respectful sustainable approach to the new expansion. (MORE INFO: #D23Expo: Details about Disney’s new private island in the Bahamas plus the ‘Disney Wish’ and Rapunzel!)

The world of Imagineering is no walk in the park, that’s part of the reason why it’s so hard to get a job there. Creating successful immersive worlds at Disney Parks comes down to something Peter Pan made so painfully simple; the beast way to soar above the rest requires a little bit of faith, trust, and pixie dust!