It wasn’t easy but AVENGERS: ENDGAME became the highest grossing movie of all time last month and now the adventure is coming to home release with a bounty of extras. You could say, it was inevitable.

The climatic culmination of 22 movies and more than 10 years of unfolding story resulted in Marvel Studios and Disney bringing an unprecedented amount of content to their library and dollars to their bottom line. So does the home release stack up?

Honestly, we’d expected more. But that’s only because we’re voraciously hungry for more about this movie and the impressive legacy of films that it wraps up. That’s not to say this release leaves viewers in the cold. At worst, we get what you might call a “standard issue” set of features here including Audio Commentary (provided by directors Anthony and Joe Russo, and writers Christopher Markus and Stephen McFeely), plus Gag Reel (always far too short), Director Intro (a retrospective look back at the films), and Deleted Scenes (which I wish would have included intros).

Beyond the typical goodies, there’s a few other extras that give the release some more weight. Let’s dive in and take a look!

As always, bonus materials can and will vary by retailer. We preface that by talking about the digital exclusive Steve and Peggy: One Last Dance. Surprisingly robust, this extra clocks in at just under six minutes going in depth into Steve Rogers and Peggy Carter and their written-in-the-stars romance. It’s a great mix of interviews and footage you’ve forgotten you’d seen over the entirety of the Marvel Cinematic Universe.

Tears. But don’t throw away that tissue just yet. Not if your plan is to go straight into Remembering Stan Lee. Holy smokes what a great piece. Coming in just over 7 minutes, it features a ton of interviews with the one and only Stan Lee chronicling every single one of his MCU cameos. Loved. Missed. Cherished. Stan Lee.

Oh, you thought you were done with the tissue? Grab another box because we’re not done yet. Setting The Tone: Casting Robert Downey Jr. is a retrospective look into the man in black, Tony Stark. Robert Downey Jr. isn’t even actually dead but it’s hard not to get emotional seeing footage from his early auditions and beyond in this five and a half minute feature. Cast and crew share thoughts and anecdotes on the man, the character, and the legacy!

The Russo Brothers: Journey to Endgame is probably the best way to transition next to the rest of the features with Marvel Studios President Kevin Feige, cast, and crew all talking about the impressive journey of the two brothers on their first Marvel venture with CAPTAIN AMERICA: WINTER SOLDIER and continuing on with CAPTAIN AMERICA: CIVIL WAR before ultimately entrusting them with finishing off the entire Infinity Saga.

A Man Out of Time: Creating Captain America shows Iron Man wasn’t the only one to pull the heartstrings in this universe. Cap’s storyline also wrapped itself up in ENDGAME and so fittingly this 12-minute piece goes into the full legacy of a cherished character that Chris Evans helped create. The first five minutes are the expected interviews and movie clips but then continues on going into more interesting elements of the character including his design from the comics into the films and evolving the characters look right along with the character’s own emotional development.

Scarlett Johansson has a phenomenal ending for her character in ENDGAME and that’s where Black Widow: Whatever It Takes comes in. Similar to Iron Man and Captain America, this character has had a ton of growth and development over the past several films since making her debut in IRON MAN 2 and ultimately sacrificing her life to save humanity. We CAN NOT wait for her standalone movie.

The Women of the MCU is a great piece that looks into the strong female characters in the films, not just the supers but also characters including Thor’s mom, Peggy Carter, and beyond.

At the opposite end of the spectrum from powerful women in the MCU is the hilarious Bro Thor. This character has also had quite the journey but we know it’s not quite finished yet so this fun piece goes not just into the absurdity of the visuals but the deep emotional connection behind it that Chris Hemsworth used to bring further dimension to the character.

Fans who wish to revisit all four films in the Avengers franchise may opt for a Digital bundle, which includes AVENGERS, AVENGERS: AGE OF ULTRON, AVENGERS: INFINITY WAR and AVENGERS: ENDGAME. 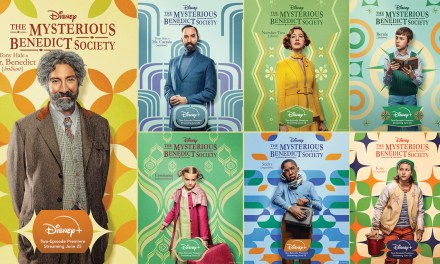