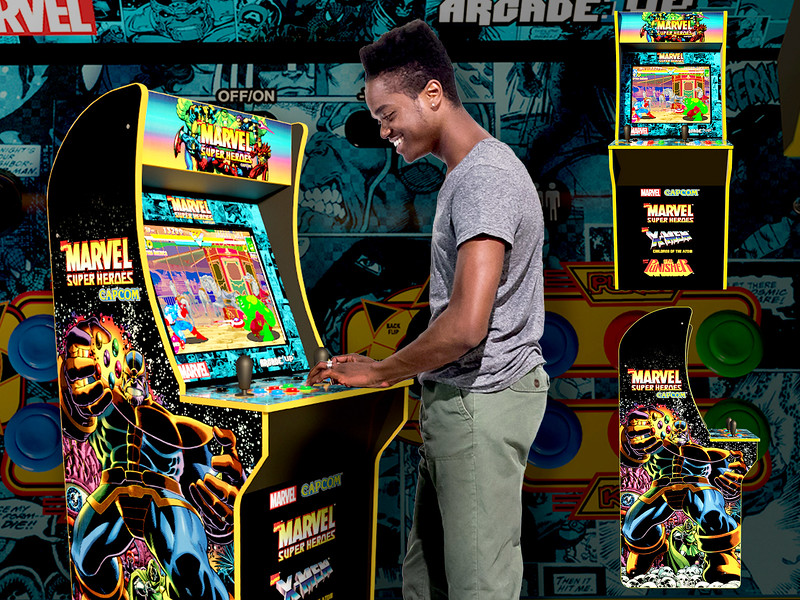 If trying to find an arcade, some quarters, and a parking spot are bumming you out but you really want to play some video games with an arcade-type feel then the folks at Arcade1Up have got you covered with the announcement that their special edition of Capcom’s Marvel Super Heroes home arcade machine has opened up pre-sales in celebration of the 80th anniversary of Marvel Entertainment.

The limited edition Capcom’s Marvel Super Heroes arcade cabinet will feature exclusive artwork, a light-up marquee, and Sanwa buttons and joysticks. With a limited run of 8,000, this new Marvel cabinet, available only through Arcade1Up.com, will include Marvel Super Heroes, X-Men: Children of the Atom and The Punisher.

Having taken the home gaming experience by storm with some of the most popular games from the 70s, 80s, and 90s, Arcade1Up has continued to expand its game library and bring fans the classic titles and features they want to see.

For more information or to preoder, visit: arcade1up.com.