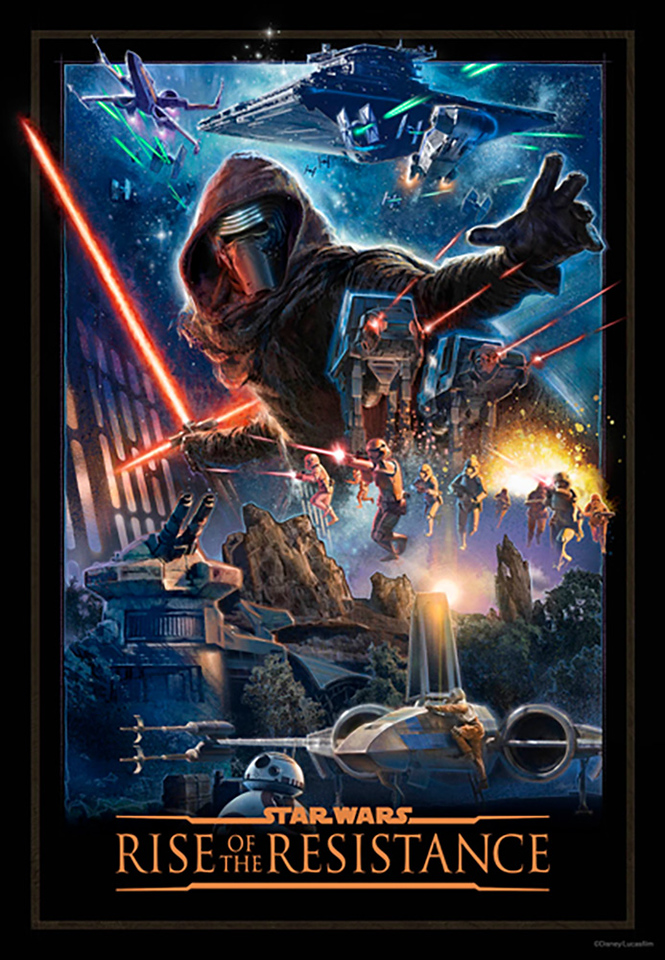 Phase 1 of STAR WARS: GALAXY’S EDGE has been opened for several weeks now at Disneyland and it will be opening at Walt Disney World on August 29 but we just received surprising details from Disney today regarding the dates for Phase 2 on both coasts.

Surprisingly, STAR WARS: RISE OF THE RESISTANCE will be opening first in Florida even though Phase 1 hasn’t even opened there yet.

The high-profile E-ticket attraction will be opening December 5, 2019 at Disney’s Hollywood Studios. It will then open January 17, 2020 at Disneyland Park.

When it opens, STAR WARS: RISE OF THE RESISTANCE will blur the lines between fantasy and reality and put guests in the middle of a climactic battle between the First Order and the Resistance. Guests will be recruited to join Rey and General Organa at a secret base. Along the way, they will be captured by a First Order Star Destroyer. With the help of some heroes of the Resistance, they break out and must escape the Star Destroyer, protect the secret base, and stay one step ahead of Kylo Ren.

To celebrate the announcement, Disney released a new poster showcasing imagery to be scene in the ground-breaking new attraction.