DUMBO has soared out of theaters and right into homes with the first home issue of the new Tim Burton live action adaptation of the 1941 animated classic. The film was not an elephant-sized hit and so the bonus materials on this release are proportional in size. Still, there’s a decent set of goodies to take in here to sweeten the pot.

Easter Eggs are amongst my favorite part of movie making when filmmakers take inside jokes and references and hide them in plain sight and EASTER EGGS ON PARADE delivers just that pointing out some of the ways in which the live action film nods back to the animated feature. The featurette is short because there’s truthfully not really all that much to reference.

A Featurette section on movies anywhere is broken up with the four remaining pieces worth specific not for this release. They work together like chapters in a bigger picture but unlike other releases there’s not really a consistent through-line with the scattering of each of the four 3-minute featurettes.

DELETED SCENES are a requirement for any self-respecting home release and this production featured a lot of material that was left on the cutting room floor. For this release, Disney has provided nine total scenes removed from the final picture.

The “BABY MINE” music video for the song performed in the credits by Arcade Fire. A feature you didn’t necessarily crave but it’s nice to have.

CLOWNING AROUND is a great collection of bloopers and gags from the productions. Always welcome on a home release to round out the offering. Two minutes of hijinks and ha-has to behold.

DUMBO is available now Digitally in HD and 4K Ultra HD™ and Movies Anywhere and physically on 4K Ultra HD,  Blu-ray™ and DVD. 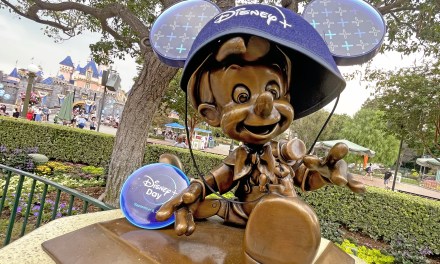