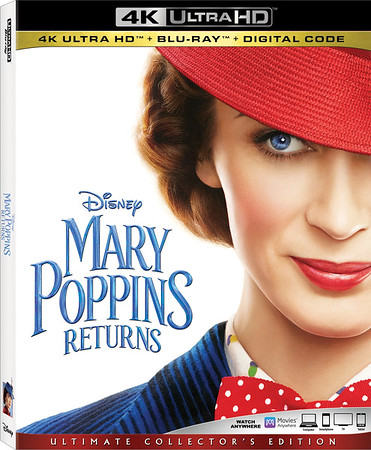 A box office juggernaut it was not but MARY POPPINS RETURNS was a charming followup to the original with gorgeous production value, catchy tunes, and a memorable cast.

Available now for home release it features a nice roundup of extras to make the home-purchase worth the while vs waiting for Disney+ at the end of the year.

Different Worlds: Creating Mary Poppins Returns sounds like a full length feature making-of documentary but it’s really just a minute and a half of some great behind-the-scenes looks into the Royal Daulton Musical Hall scene showcasing the green screen carriage, figures, and more.

What is Your Favorite Disney Musical? Is a familiar sort of extra on Movies Anywhere using junket footage of interviews with the actors.

Back to Cherry Tree Lane: Dick Van Dyke Returns is a happily expected featurette here going into the the fact that they were able to get Dick Van Dyke — who played Bert and Mr. Dawes Sr. in the first film — to return to the franchise 54 years after the release of the original film.

Deleted Song – The Anthropomorphic Zoo is a fun number that would ultimately be replaced by “Royal Doulton Musical Hall.” The demo showcased here is shown with storyboard sketches, sung by the Marc Shaiman during an early demo recording session.

Two Deleted Scenes are presented: “Leaving Topsy’s” (nearly a minute) and an extended portion of “Trip a Little Light Fantastic” (50 more seconds), both of which seemingly cut for timing. 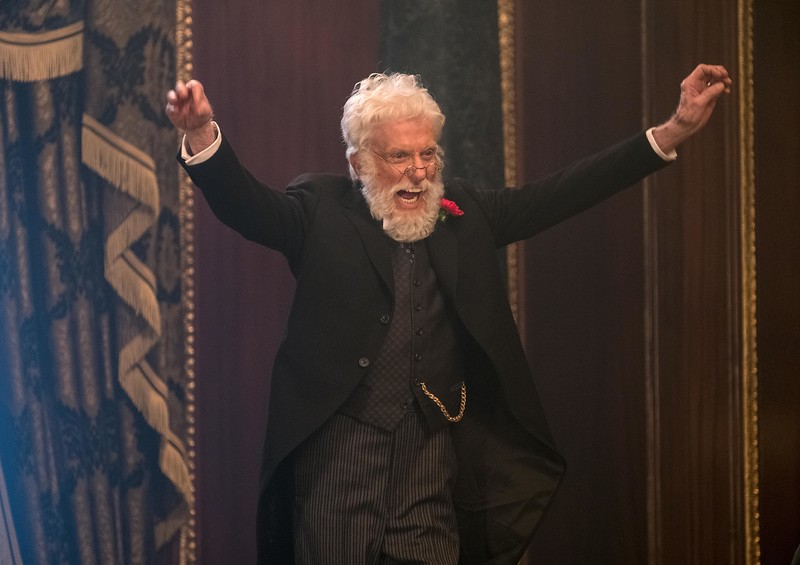 Sing-Along Mode is another feature that is mostly self-explanatory allowing the songs to be featured with lyrics on the screen. There’s no bouncing ball or fancy graphics here, just a simple karaoke style approach with the words highlighting in yellow.

Practically Perfect Bloopers always welcome on any release, especially big epic productions that are period. Those brief moments of humor during the methodical process of producing a movie of this scale. Nearly 2 full minutes worth and still not nearly enough!

Frustratingly, Movies Anywhere continues to fail at delivering bonus features in a clear manner when it comes to the Making-Of which are broken up into multiple pieces.

Don’t get us wrong, we love the a la carte approach to the features so you can truly just watch what you want but for MARY POPPINS RETURNS there’s two “documentaries” that are presented as one big grab-bag of content to watch with no context as to how they relate other. 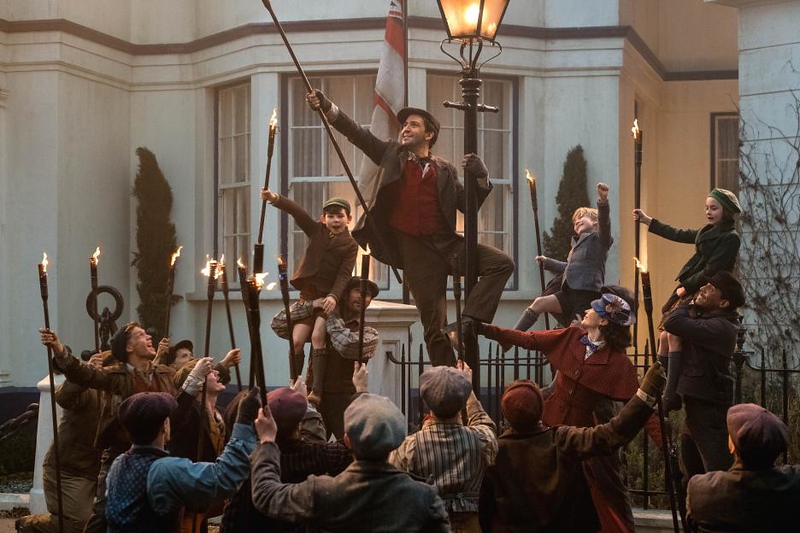 The problem is that the titles of the videos all start with the name of their respective documentary which essentially makes identifying them useless. You’re just basically looking at a row of videos that all read “The Practically Perfect Making of M…” — four of those — and then four more videos titled “Seeing Things from a Different Poi…” It’s a poor use experience that could be fixed with just a little better organization.

At any rate, the content itself is a perfect compliment for the release. A really great mix of behind-the-scenes imagery shown with cast and crew talking about the making of the monumental feature. Below is a description of each piece as per Disney: 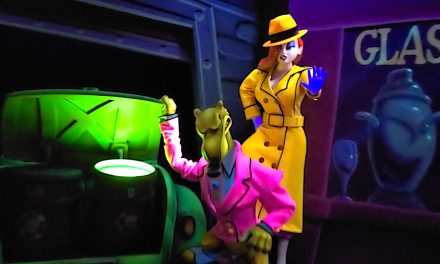