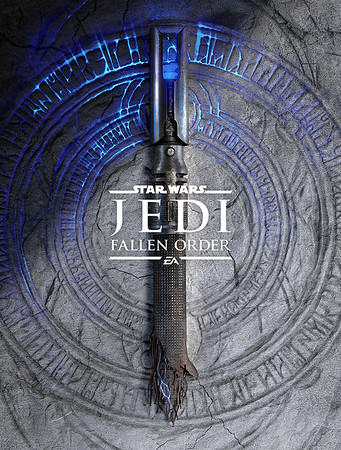 STAR WARS JEDI: FALLEN ORDER is a new game from EA and Respawn coming out this year and today the released teaser image to amp up excitement. The imagery features a badly damaged lightsaber hilt sits atop ancient symbols from a bygone age, emanating a faint blue glow reminiscent of the power the elegant weapon once held.

The game, set to be released later this year, will follow a Padawan trying to survive as the Empire rises following the events of Star Wars: Revenge of the Sith (in the aftermath of Order 66) and the defeat of the Jedi Order.

If you’re excited about the game you’ll want to keep an eye out on Saturday, April 13, when more imagery and details from the new game are unleashed at Star Wars Celebration in Chicago; the panel will also stream live for those not in attendance.

STAR WARS JEDI: FALLEN ORDER comes out this year. A release date has not yet been announced.